Barbados Helping To Redefine The Kilogram 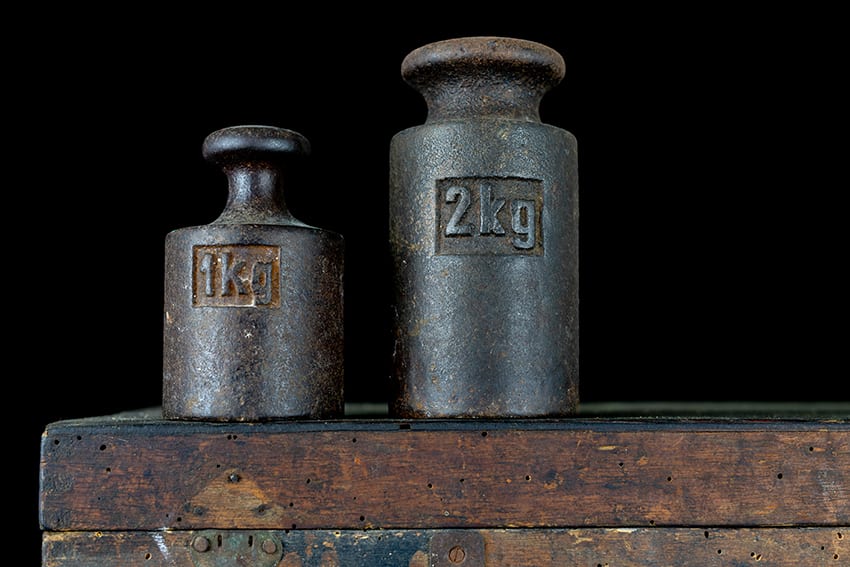 Barbados is part of the movement towards redefining the kilogram by May of this year.

On November 16, 2018, at a session of the 26th General Conference on Weights and Measures in Versailles, France, a vote was cast to eliminate what is regarded as a convoluted system for measuring.  Together, the team of scientists and metrologists enacted a plan to redefine several units of measurement, including the kilogram.

Acting Deputy Director and Metrologist of the Barbados National Standards Institution (BNSI), Hadyn Rhynd, explained the rationale behind the move, pointing out that every measurement of mass on Earth is currently tied to a cylindrical object called the “Le Grand K”.

Acknowledging that the ‘Le Grand K’ was around from the time the international system of units for measuring weights was introduced, he said: “Currently, as it stands, there is this physical artefact, an actual piece of metal that is kept in a bell jar in a vault, by itself.  Scientists regulate the temperature, the pressure and the air flow.  It is untouched by human hands, there in France.  Anywhere in the world, if you are making measurements on a scale and you are using kilograms your reference should always be to that ‘Le Grande K’.  It represents the most accurate kilogram and the weight of it is supposed to represent an exact kilogram.

[x_pullquote type=”left”]Every measurement of mass on Earth is currently tied to a cylindrical object called the “Le Grand K”.[/x_pullquote]

“So, scientists thought that once the conditions were kept perfect that that would’ve been it for all times.  They undertook verification exercises at various points in time, and with scientists from the United States and Canada.  In the last check they did on this kilogram, they realized it was not weighing the same that it weighed at the beginning.

Initially, these scientists thought they were making an error in the measurement, but because both of the measures were comparable, they realized the kilogram, which they thought was stable, was gaining weight. So, that shook the way in which measurements were traceable to this one kilogram in France.  In other words, it shook the way we measured kilograms, all over the world.”

Mr. Rhynd, who said he was proud to have represented Barbados through the regional subcommittee Inter-American Metrology System, described it as “one of the greatest events in modern day metrology”. A sentiment, he stressed, that was unanimously shared by that small cadre of scientists like himself, called metrologists – who specialize in the science of measurement.

“They saw it as a big day.  What is happening now is a very exciting time because the world has now moved to a place where the scientist and the metrologist are redefining the kilogram!” he exclaimed. 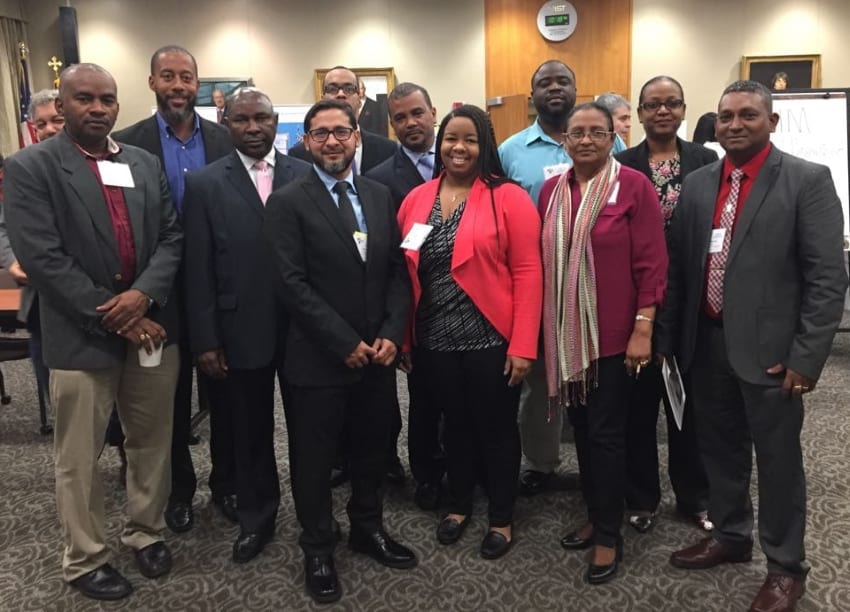 Acting Deputy Director and Metrologist of the Barbados National Standards Institution (BNSI), Hadyn Rhynd (second left) pose with regional metrologists at the meeting at the National Institute of Standards and Technology (NIST) in Washington, USA.  (GP)

Elaborating on what is presently taking place to meet the given May 20 deadline, he said scientists had now redefined the whole process to the point where the proposal stipulates that kilograms will no longer be traceable to that “one artefact sequestered in the secure, controlled environment” in France.

“They will do away with that concept and make the kilogram traceable to a fundamental constant referred to as the ‘Planck Constant’, considered a constant of nature that will never change. They had to develop something called a kibble balance, and it is very exciting if you are a scientist, but it does not reference the kilogram that is in France.  So, you will find that you can just use constants of nature, for example, like how gravity is a constant of nature and that value doesn’t change,” Mr. Rhynd continued.

Outlining the role played by BNSI and its regional counterparts, the metrologist said they were invited in a small way to take part in the justification for the kilogram.

He pointed out that BNSI was part of that round, and they, like their global colleagues, had been given kilogram masses where precision measures had to be undertaken at the various bureaus of standards.

“We send our results; we compile them and we come up with our reports.  So, it is a huge deal, and I think by May 20, they [in Versailles] will actually announce that the kilogram is no longer traceable to ‘Le Grande K’ in France, but instead to the Planck Constant.”

While accepting that the decision on the Planck Constant had already been made and should be known in a few months, Mr. Rhynd said: “We recognize what we are doing is not going to sway the decision; what we are doing is just supporting the fact that we have moved from this artefact to a different way of measuring, but despite this, it is exciting to be part of the movement. 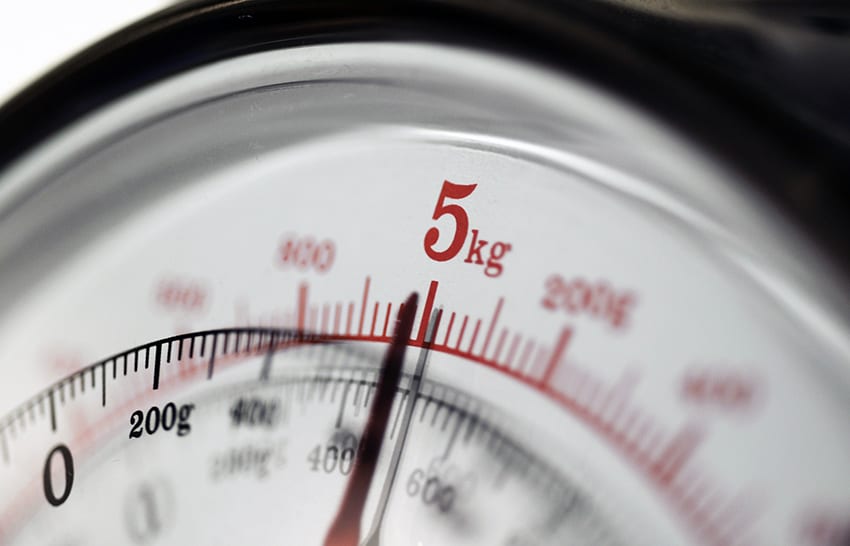 A team of scientists and metrologists have enacted a plan to redefine several units of measurement, including the kilogram. (Stock Photo)

“We have just been privileged to add to the justification.  We have been given these masses, and periodically we make our own assessments of these in our own laboratories, including the one at BNSI, and we report our findings to the group.  What it shows, however, is that Barbados, as small as we are, can be part of that discourse and dialogue, and that, in a big way, shows our commitment to quality, our commitment to the way in which we demonstrate our accuracy here in Barbados, and ultimately that commitment to how competitive our businesses and our industries are.”

The BNSI official added that regular contact is made with the team at the National Institute of Standards and Technology in the USA, apprising them of findings under Barbadian conditions and altitudes, as well as with laboratory changes.

“This is just going to be included in a lot of reporting that they will be doing. Nonetheless, it is a fantastic opportunity, not just for the BNSI, but for Barbados as a country to be named as one of the participants in the regional exercise.

This is a really, really big deal.  I think there is a movie coming out called “The Last Kilogram”, which is supposed to be a ‘blockbuster’.  Some of the scientists at the Versaille conference were very passionate about it, so much so that they tattooed on their bodies kibble balances to show how committed and how final that finding was.”

In some cases, the tattoos included the French phrase, “A tous les temps, à tous les peuples” – for all times and for all people – an ideal that the new kilogram will now meet.