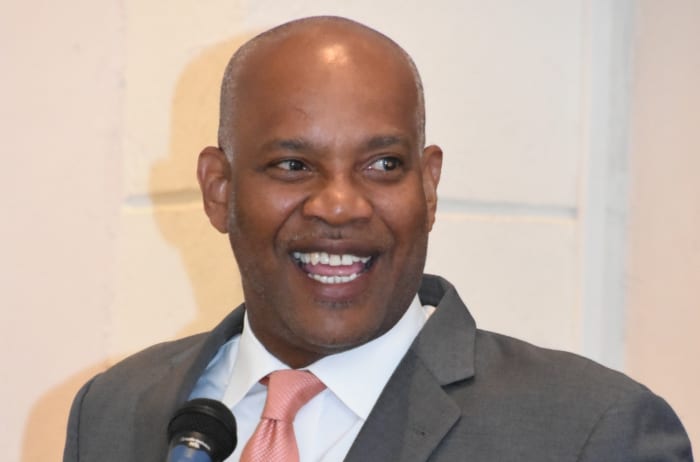 Barbados will be home to the Caribbean’s Centre for Biosecurity Studies, which will be housed at the University of the West Indies’ (UWI) Cave Hill Campus.

This was revealed during Thursday’s opening ceremony of the Caribbean’s inaugural Biosecurity Symposium held under the theme: Building Resilience to Biosecurity Threats in the Caribbean at the Errol Barrow Centre for Creative Imagination.

Attorney General and Minister of Legal Affairs, Dale Marshall, congratulated the University for its proactive approach stating: “This interdisciplinary Centre will integrate the fields of law, medical research, international relations and public health to build regional capacity to deal with threats arising from biosecurity issues.”

He explained that while the concept of biosecurity was relatively new to the Caribbean, “regional coordination and mutual support are critical elements in addressing biosecurity, and a failure to do so could result in severe economic consequences…”

He noted that Barbados did not have legislation which specifically addressed biosecurity concerns. “Therefore the laws currently in place will have to be assessed with a view to strengthening existing provisions or even drafting new laws,” he pointed out.

He told those present that existing legislation in Barbados which might impact on the issue of biosecurity included the Animal (Diseases and Importation) Act, Cap. 253; the Health Services Act; the Quarantine Act; the Customs Act; and the Miscellaneous Controls (General Open Import License) Regulations.

However, Mr. Marshall said that Government was seeking to establish a Law Reform Commission, and one of the benefits of such a body would be the identification of legislation that needed to be introduced. “That Commission will benefit greatly from the inputs of your deliberations here today,” he said.

Pro Vice-Chancellor and Principal of the UWI Cave Hill Campus, Professor Eudine Barriteau, explained that: “The Centre will provide greater access to training and research in bio-risk management; facilitate the greater alignment with the Caribbean community by bringing together stakeholders of biosecurity governance while raising awareness of risk and mitigation plans; demonstrate agility by providing consulting research and policy advice to governments and agencies in responding to the new challenges presented by biological threats.”

She added that the Campus was confident in its ability to develop accredited programmes of study within the Faculty of Social Sciences, where the Centre will be located.