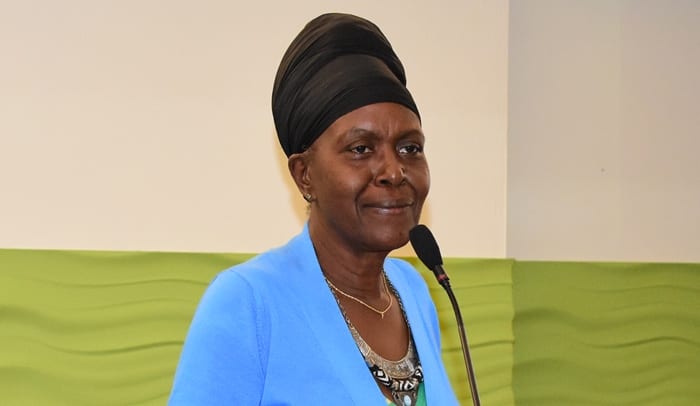 Permanent Secretary in the Ministry of the Environment and Drainage, Daphne Kellman, addressing the recent national consultation on the Caribbean Community’s Environment and Natural Resources Policy Framework and Action Plan. (C.Pitt/BGIS)

Speaking during the official opening ceremony, Permanent Secretary in the Ministry of the Environment and Drainage, Daphne Kellman said Barbados had been a part of the consultation process facilitated by the CARICOM Secretariat from inception.

“Specifically, we have participated in National Diagnostic Studies undertaken throughout the Community in 2009, as a means to assess the national environmental governance and institutional framework,” she said.

Ms. Kellman added that Government representatives also participated in a series of CARICOM sub-regional consultations in 2015 to provide inputs to the drafting process for the CARICOM Environment and Natural Resources Policy Framework.

Describing the consultation as another step towards the culmination of an almost decade-long “labour of love” for the region, the Permanent Secretary said the final outcome of the discussions was expected to be the provision of national inputs to the policy framework and action plan, and a commitment to the way forward regarding its formal adoption.

According to a statement from CARICOM, this round of discussions is important in advancing the process towards presenting the Policy Framework to the CARICOM Ministers of Environment. 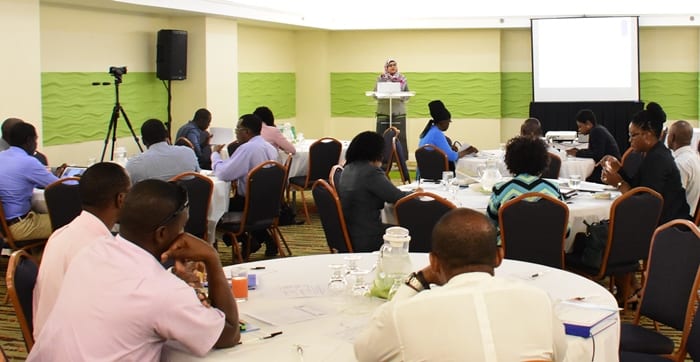 Participants at the two-day national environmental consultation at the Radisson Aquatica. (C.Pitt/BGIS)

The CARICOM Environment and Natural Resources Policy Framework emerged following a decision by Ministers of Environment at the 25th Meeting of the Council for Trade and Economic Development – Environment.

It proposes a structure for environmental and natural resources management, balancing the need to exploit the land, air, water and oceans for economic development while maintaining healthy environments in the Community.

Meanwhile, the CARICOM Environment Policy Action Plan is viewed as the first step in making the policy actionable. The statement explained that the Action Plan would provide a basis for a collective regional response to the environmental and sustainable development revolution.

Consultations have also been planned for Guyana, Jamaica, the OECS Sub-region and Trinidad and Tobago involving wide-ranging stakeholders drawn from the public and private sectors, civil society, CARICOM institutions and academia.