Barbados Is Seeking To Expand Its Relationship With India 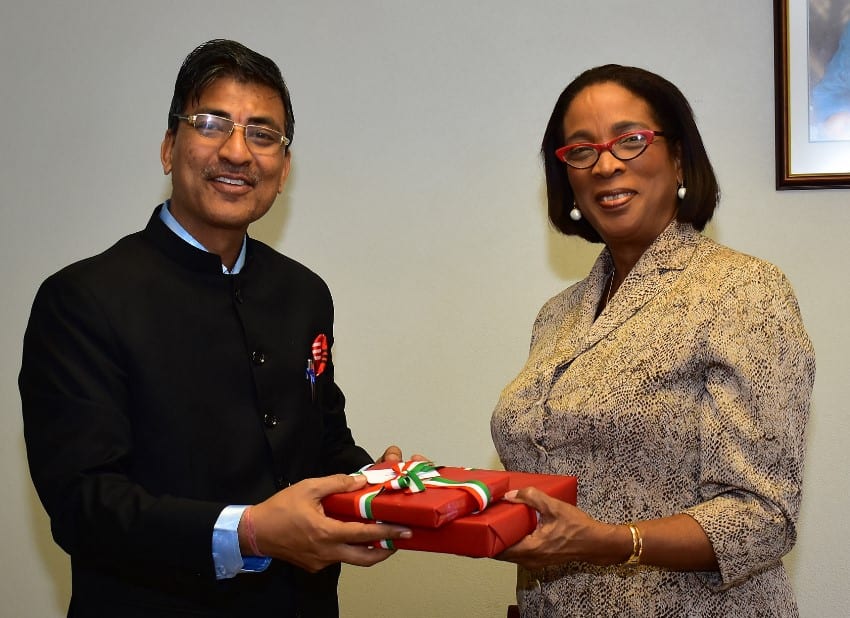 Barbados is seeking to improve its diplomatic relations with India.

Minister in the Ministry of Foreign Trade, Sandra Husbands, during a courtesy call today with India’s High Commissioner, Mahender Singh Kanyal, at the Ministry on Culloden Road, St. Michael, discussed several areas for collaboration between Barbados and India.

The High Commissioner is on his first posting to the Caribbean, and presented his credentials to Governor General Dame Sandra Mason on Tuesday, February 19.