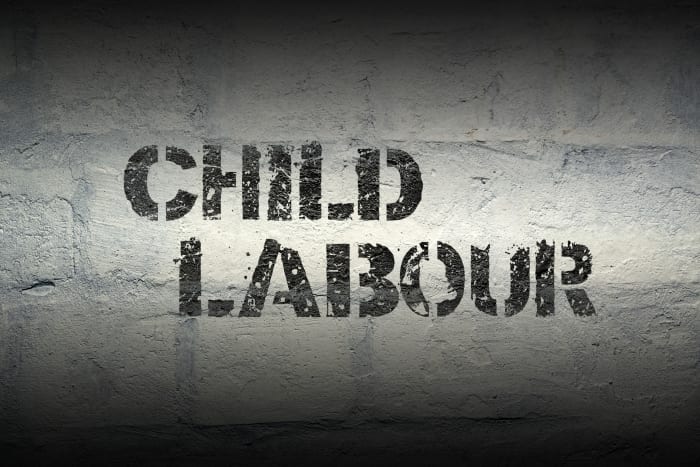 Barbados is the ninth CARICOM country to join the Regional Initiative, Latin and America and the Caribbean Free of Child Labour.

Minister of Labour, Social Security and Human Resource, Senator Dr. Esther Byer-Suckoo, handed over the signed agreement to International Labour Organization’s (ILO) Regional Director of the Americas and Caribbean, José Manuel Salazar-Xirinachs, in the margins of the Organization of American States’ (OAS) XX Inter-American Conference of Ministers of Labour, held at the Hilton Barbados from December 7 to 8.

On Saturday, December 2, Permanent Secretary in the Ministry of Labour, Yolande Howard, signed on to the Regional Initiative. This now brings the total number of participating countries in the region to 28, all in pursuit of a common objective: to accelerate the rate of reduction of child labour in the region and by 2025, to eliminate all forms of child labour.

Barbados’ commitment to the initiative reflects the commitment and importance attributed by the Caribbean countries to the tripartite collaboration and partnership among governments, employers and workers’ organisations, as the region works towards achieving Target 8.7 of the 2030 Agenda.

Target 8.7 committed governments to “take immediate and effective measures to eradicate forced labour, end modern slavery and human trafficking and secure the prohibition and elimination of the worst forms of child labour, including recruitment and use of child soldiers, and by 2025 end child labour in all its forms”.

For its part, the Ministry of Labour in Barbados has designated Administrative Officer I (Ag.) Tricia Browne, to serve as this country’s representative to the Regional Initiative.  Ms. Browne will join her colleagues from 27 other countries, four representatives of workers’ organisations and four representatives of employers’ organisations in the region-wide Focal Points Network, which is coordinated by the Technical Secretariat of the Regional Initiative within the ILO. 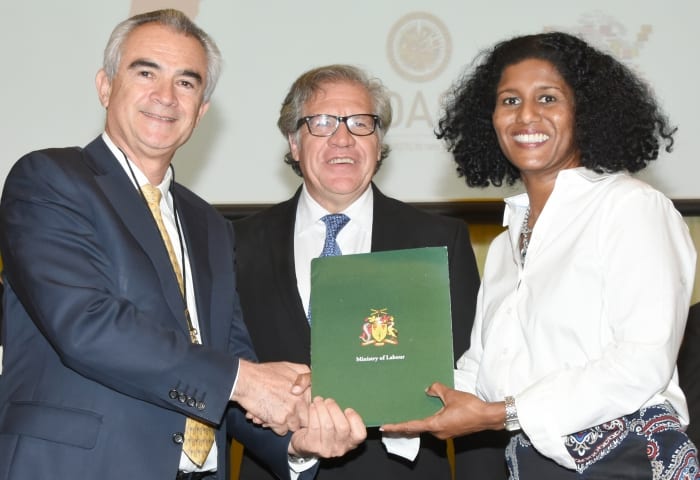 Minister of Labour, Senator Dr. Byer Suckoo, presented the ILO’s Regional Director for Latin America and the Caribbean, José Manuel Salazar- Xirinachs, with a signed copy of an addendum to the official declaration signaling Barbados’ participation in the regional initiative to end the worst forms of child labour. Looking on is OAS Secretary General, Luis Almagro. (A.Gaskin/BGIS)

Barbados has ratified the commitments set forth in the Convention on the Rights of the Child. Moreover, it has ratified ILO Conventions 138 on the minimum age for admission to employment and 182 on the Worst Forms of Child Labour.

Barbados has also established the National Committee for Monitoring the Rights of the Child, which seeks to generate recommendations on policies that favour the rights of children and sensitises communities on the matter. Among the challenges faced by Barbados is the creation of lists of light work and dangerous work for minors.