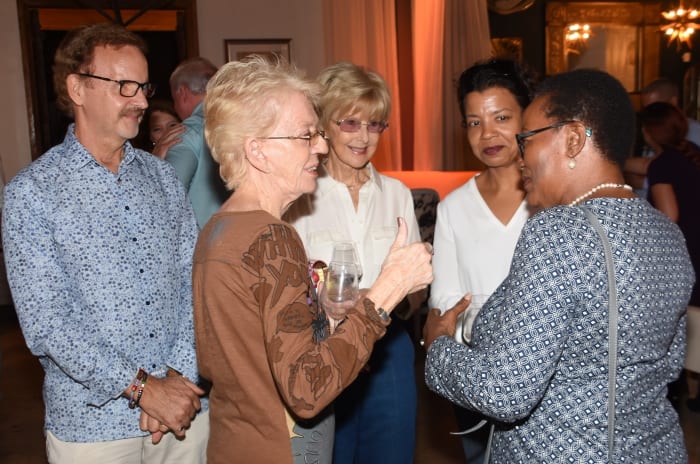 Although Barbados and Australia have enjoyed cordial diplomatic relations for more than four decades, this country’s Minister of Foreign Affairs and Foreign Trade, Senator Maxine McClean is keenly interested in deepening the cooperation in other areas.

Senator McClean told the guests that Barbados highly valued Australia’s commitment and contribution in the area of climate change, and expressed optimism of cooperation in areas such as disaster preparedness and food security.

The Minister proffered the importance of continuing discussions towards the signing of a Double Taxation Agreement which would “enable the Australian private sector to use Barbados as a base from which to do business across CARICOM and Latin America.

Noting that diplomatic relations between Barbados and Australia date back to January 7, 1974, Senator McClean said that the relations had been cordial, cooperative and beneficial.

She noted that both countries shared membership of the Commonwealth and engaged in that forum on matters of mutual interest. Additionally, Barbados recognised and appreciated the international support Australia gives to clime change related issues in Small Island Developing States, using the Pacific Islands as its reference area.