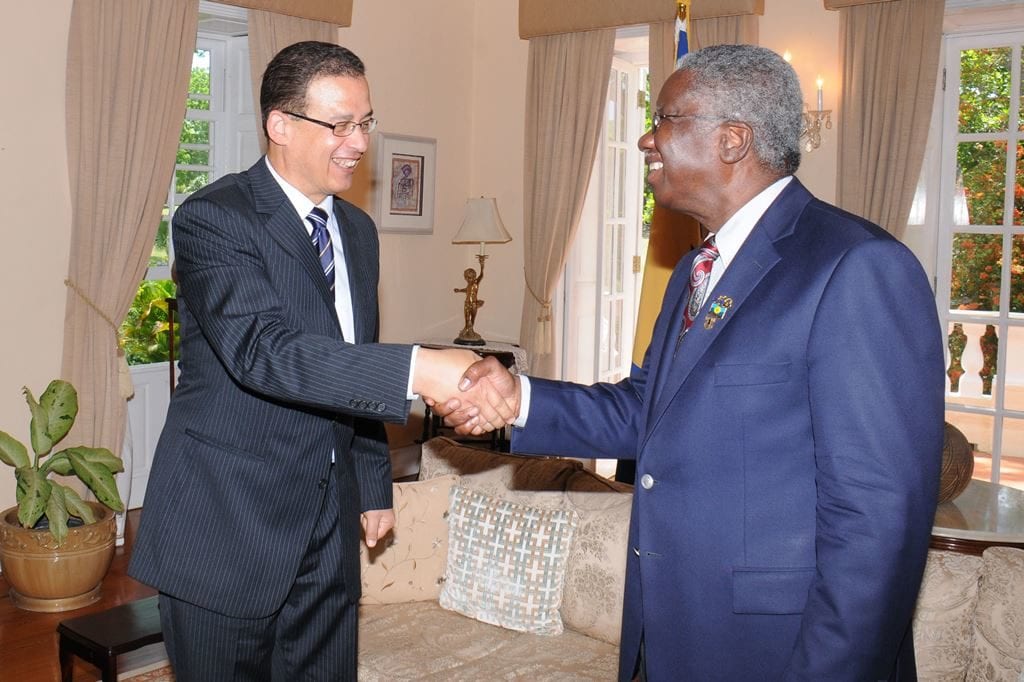 Barbados is keen to strengthen its relationship with Egypt.

Mr. Stuart pointed out that the diplomatic relationship between the two countries was a young one, having started in 2006.

He said, however, it was necessary to build that friendship, since “there is much we can learn from each other and solidify the relationship in those areas”.

Heritage tourism and heritage preservation were highlighted by the Prime Minister as areas in which Barbados could learn from Egypt, since that country was renowned in those fields.

Mr. Stuart said he was looking forward to developing solid diplomatic relations with Egypt. Mr. Elahl agreed, saying he too was eager to promote such a relationship, especially since he is his country’s first Ambassador to Barbados.

The envoy noted that Government was working to improve the lives of its citizens, and disclosed that the tourism industry was coming back on track. Prime Minister Stuart added that tourism was also important to Barbados’ economy.