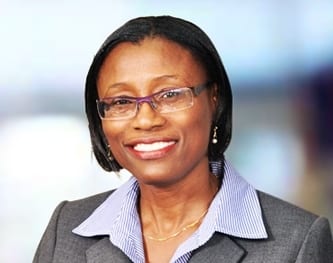 Despite ranking 37 out of 141 countries on the Global Innovation Index in 2015, Barbados still continues to lag in innovation.

And, according to the Barbados Investment and Development Corporation’s (BIDC) Chief Executive Officer, Sonja Trotman, significantly more has to be done to create the enabling environment necessary to support the commercialisation of Barbadian innovations and the subsequent growth in entrepreneurship and micro, small and medium-sized enterprises.

She made these comments this morning at the media launch of Innovate Barbados 2016 at Bagnall’s Point Gallery, Pelican Village.

Citing that Barbados’ highest scores were noted in knowledge and technology outputs, where Barbados ranked number 18 with high scores in domestic patent applications and knowledge diffusion, Mrs. Trotman disclosed that this country ranked 12th in business sophistication, while high scores were obtained in innovation linkages with respect to patent offices, foreign direct investment inflows and computer and information services.

She further added that local institutions and the political environment also buoyed Barbados’ rankings. However, the CEO pointed out that the Index also pointed to several areas of deficiency.

“Barbados’ ranking at number 128 in research and development was cited as a major weakness along with the percentage of graduates in science and technology. The ranking of number 100 on infrastructure reflects poor scores in online services and e-participation.

“Also, Barbados’ ranking at number 105 in market sophistication reflected weak scores on ease of getting credit, trade and competition. Less than satisfactory performances were also registered in creative outputs, where Barbados ranked 63, and in ecological sustainability and gross capital formation as a percentage of GDP,” she told attendees.

To this end, she said that as part of its drive to help create and grow young businesses, the BIDC had implemented an Innovation Support programme, as well as an Incubator programme, which is both residential and virtual for startup companies.

“The Incubator includes financial and technical assistance as well as training, the assignment of mentors and business coaching. Incubatees also have access to a suite of services offered through our resource centre,” Mrs. Trotman explained.

Themed: Transforming Tomorrow Today, Innovate Barbados 2016 is set to take place from October 25 to 26 at the Lloyd Erskine Sandiford Centre.

It will bring together large and small businesses, innovators, creatives and policy makers with a view to finding unique ideas for leveraging Barbados’ best opportunities in health and wellness, food and beverages, renewable energy, creative industries and new media, financial services and tourism.