Barbados Moving Ahead With Mediation 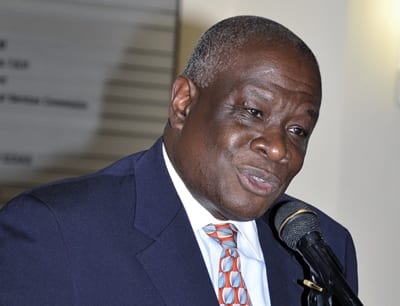 While CARICOM governments are being urged to adopt a Mediation Bill, now in draft, Barbados has already started the ball rolling through amendments to two separate Practice Directions for mediation.

Chief Justice of Barbados, Sir Marston Gibson, said the island joined other countries within the Organisation of Eastern Caribbean States (OECS) in rolling out mediation to reduce the backlog in courts through this measure.

He made these points during his contribution to a panel discussion on: Reducing the Courts’ Caseload through Mediation, at the Supreme Court Complex recently.

“Mediation is negotiation in the presence of a disinterested third party whose goal is to facilitate the parties reaching common ground,” Sir Marston stated.

He explained that the Practice Direction covered a number of areas, including the setting up of a mediation committee which was responsible for deciding who got on the roster.

He added that it also contained forms which needed to be filled out by both parties willingly agreeing to the mediation. However, Sir Marston noted that a judge could order a matter into mediation if he believed the parties could benefit from such an intervention.

The Chief Justice further pointed out that the Practice Direction also covered other issues related to confidentiality and cost.

Mediation Coordinator, Harriett Payne, explained that mediation was not a “battleground” but a voluntary and confidential process where persons were guided, through a mediator, to arrive at a settlement in the matter.

She added that the Court-annex Mediation pilot project was designed to allow for a swifter and more cost effective access to justice.

Ms. Payne said some of the key benefits to those opting to use mediation were confidentiality; it was a simple process; it allowed for the parties to make their own decisions; and it was less expensive than a court case as the parties could have the matter settled within three hours.

“Mediation is here to stay, and I believe the pilot project is poised to produce excellent results,” she projected.

Meanwhile, Project Officer at IMPACAT Justice, Charleen Walkes, told those present that if CARICOM governments adopted the draft Mediation Bill, it would improve access to justice in participating countries by assisting citizens with problem solving.

She explained that the Model Mediation Bill created a framework in which community mediation and court-annexed mediation could operate, and was circulated to attorneys general in all the 13 CARICOM territories.

Some of the features of the Bill are establishing a Mediation Management Unit under the supervision of the Mediation Coordinator; the administration of mediation; and the regulation of mediators and mediation training.

Ms. Walkes added that the Bill also provided for a Mediation Management Unit to be established in any ministry to omit the need to establish a separate ministry or commission.