Barbados entered into a Cooperative Working Agreement with the Organization of American States (OAS) on December 3, to identify all of the country’s land, marine and underwater heritage assets.

This was disclosed by Minister of Tourism and International Transport, Kerrie Symmonds, as he addressed the reopening of the Sunbury Plantation Great House, last Friday.

That arrangement, he said, would allow Barbados to identify its heritage assets and list and safeguard them in the form of a national register of assets.

“The fact of the matter is that as we live in a jurisdiction that is threatened by hurricanes every year, increasingly threatened by earthquakes, and, increasingly, threats of volcanic eruptions at sea are likely to cause a tidal wave, we have to think in terms of how we protect and treasure our historical assets and also be able to replicate them in the event that such a need arises,” he explained.

And, he noted that Barbados was able to partner with the OAS through the Ministry of Culture to enter an agreement, for which the framework is already set and the necessary funding in place. “We are in position to know and to catalogue and safeguard those assets wherever they may be found,” he stated.

Describing the Sunbury Plantation House as one of Barbados’ historical treasures, the Minister noted that it was built in 1660, is now 358 years old and features a 28-seater mahogany dining table that is 270 years old. 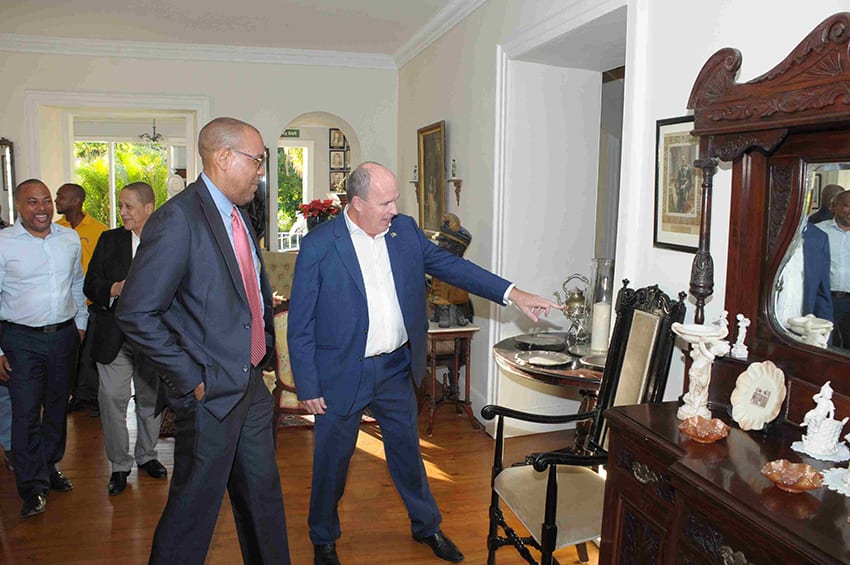 “It is a treasure that appeals in a significant way to the market in Europe where people spend large amounts of money going to Germany, England, [and] France, to experience heritage trails; to experience the museum pieces; to experience the antiquity of Europe; and here we are in Barbados offering to Europe a tourism product that can stand as an equal to virtually anything that they have over there.  And that is not to overstate the case,” he said.

The Minister stressed that from 2019, Barbados’ tourism product was going to be characterized by the ownership of, and telling the story about the rum industry in Barbados.

Mr. Symmonds called on stakeholders to embrace those things which were unique to Barbados’ history, as they form part of the heritage tourism effort.