Barbados On Radar Of Hennessy International 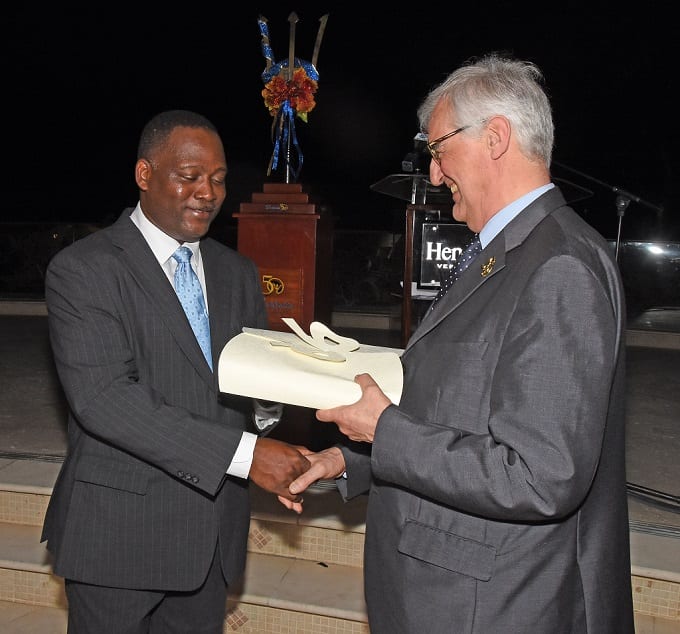 Barbados is on the “radar” as being the leading consuming country per capita of the Hennessy International brand.

And, as it celebrates its 50th year of Independence, as well as 77 years of partnership with Hennessy, Barbados is on its way to establishing the “perfect relationship” with the 250- year-old brand.

That is the assertion of Industry Minister, Donville Inniss, who delivered the feature address last night at Hennessy’s Cocktail reception, at the Spa, Sandy Lane Hotel, St. James.

Stating that it was not just about the many years Hennessy has been in Barbados and its contribution to this country at its golden milestone, Mr. Inniss reinforced that it was also an opportunity to celebrate a product that has been “quietly but steadfastly” gaining ground in this country, to the point that Hennessy is now the premium drink locally.

He continued: “Barbados, certainly in terms of the global footprint of the Hennessy brand, is perhaps one of the most significant locations for the sale of Hennessy. I think that if there is one significant point that we can gather here … is the fact that this product that started back in Cognac, France by an Irishman in 1765, has today captured in a bottle what is the epitome of strong family values and, of course, years of producing a high quality product.

“And, perhaps there lies a lesson for all of us involved in industry to recognise the importance of sticking to our values, the importance of ensuring that there is consistency and quality in whatever you produce and whatever you do. And, that to me is the most different aspect of the Hennessy brand that we can certainly capture and reflect on here in Barbados.”

The Industry Minister also thanked the Hennessy Artistry group and the Crop Over bands for their “immense work and partnership going forward”. He further added that Barbados exported some $85 million in rum-based products on an annual basis, and when he reflected on the statistics for the last five years, Barbados has been exporting on average over $49 million in spirits.

“That should indicate to you that this economy and society recognises the fact that we have a growing international clientele manifested through our tourism sector that needs to have options, and Hennessy is a significant part of that option that we afford to those who visit our shores, and Barbadians as well who wish to have the option in what they consume,” Mr. Inniss underscored.