Barbados Prison Act To Be Reviewed 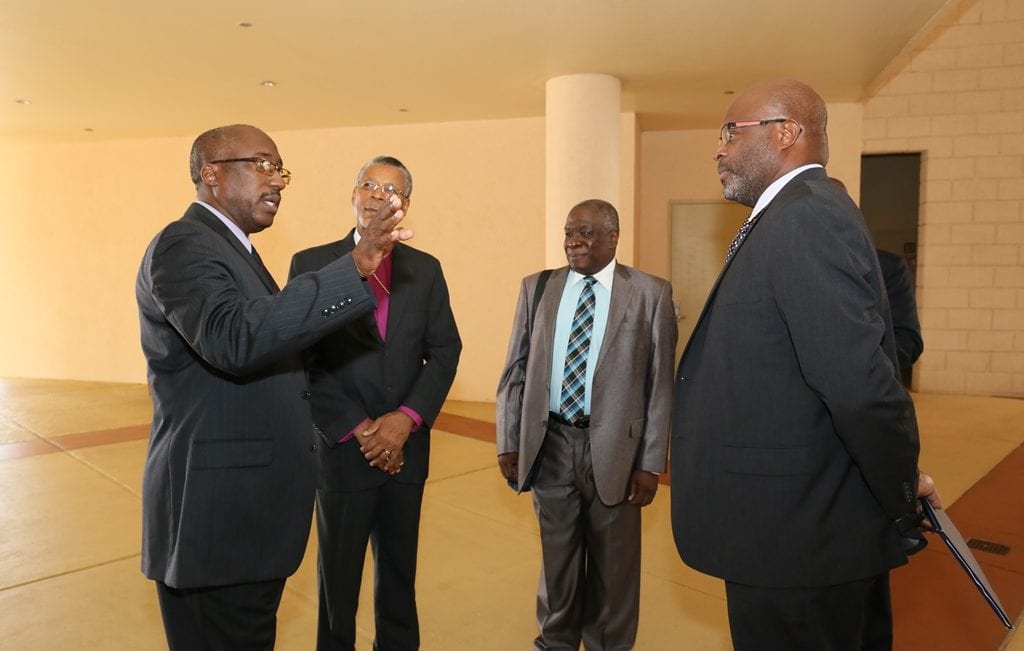 Attorney General, Adriel Brathwaite, has disclosed plans to review the Barbados Prisons Act and make amendments to bring it in line with best practices.

He made this disclosure as he addressed the opening of the 10th annual Association of Caribbean Heads of Corrections and Prison Services (ACHCPS) conference at the Hilton Barbados Resort yesterday.

Mr. Brathwaite, who is also Minister of Home Affairs, told those present that there was a need to move the prison officers into a different regime from the Civil Service.

He explained that at present when there were disciplinary issues, the Civil Service process was applied, which he lamented could take anywhere from one to three years.

However, he stressed that the Prison was too dynamic an environment to operate within that scenario. “I am not talking about disadvantaging officers; I am talking in the area of discipline to be able to be more responsive to the needs of the Prison. That is something that is a challenge,” he said, while urging the correctional officers to consider the point during their deliberations.

President of the ACHCPS and Superintendent of the Barbados Prison Service, Lieutenant Colonel John Nurse, said this year’s conference was designed to focus on the overall transformation of the profession.

To do so, he explained, there will be emphasis on designing a regional approach to corrections management, which would focus on correctional professionals, offenders and the public, among others; policies, including social policies; and practices, including both institutional and community-based corrections.

This year’s conference, which is being held under the theme: Assembling a Modern Regional Correctional Approach, will conclude on Thursday, June 9.