Barbados Protecting Its Reputation Against Crime 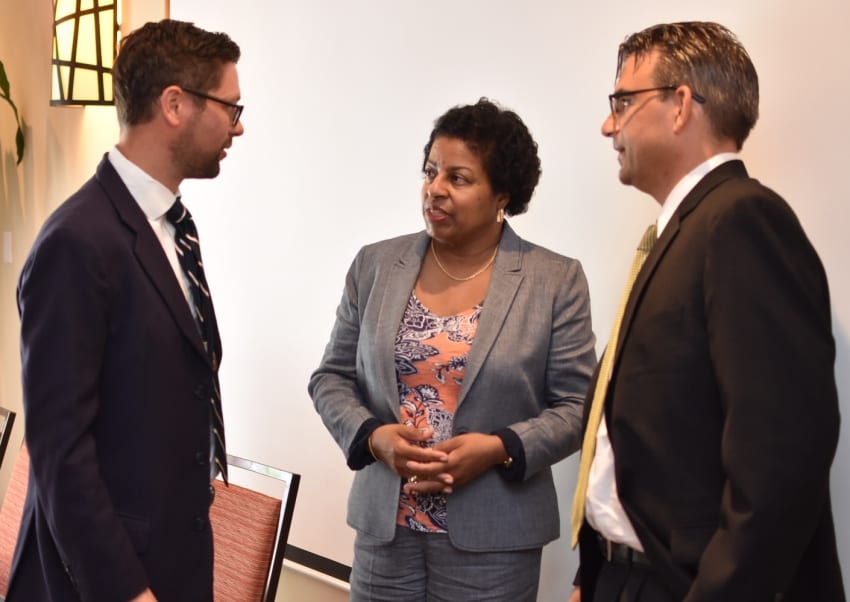 Director of iJust and Consultant to the National Centre for State Courts, United Nationals and European Union, Daniel Suter (left) in discussion with Permanent Secretary in the Office of the Attorney General, Yvette Goddard, and Regional Coordinator for the Eastern Caribbean International Narcotics and Law Enforcement, William Kuhn. (C.Pitt/BGIS)

Government is seeking to bolster existing legislation in an effort to safeguard Barbados’ reputation against the damaging effects criminal activity can have on the country’s stability and confidence of investors.

Permanent Secretary in the Office of the Attorney General, Yvette Goddard, made this disclosure recently, during a Mutual Legal Assistance Practitioners’ workshop at Courtyard by the Marriott.

She explained that Cabinet had agreed to revisit legislation relating to persons who benefitted from criminal conduct, and noted that the Proceeds and Instrumentalities of Crime Bill was presently under study.

In addition, she said that Government would also be shortly considering bolstering the existing legislative efforts through the Civil Forfeiture legislation and strengthening Criminal Confiscation Regimes against those persons who have been reasonably suspected of having gained these assets through illegal activity.

“It is recognized that such activities as human trafficking, fraud, insider trading, identity theft, money laundering, terrorism financing and securities issue have the potential to present the region with new challenges.  We must remember always that investors are monitoring our activities,” she cautioned.

She said the trans-border nature of criminal activities such as organized crime, trafficking in persons, drugs and other forms of smuggling created a nexus to money laundering and the movement of other criminal financial assets.

Ms. Goddard warned that the convergence between criminals and professionals involved a blend of legitimate and illegitimate businesses which could bring extensive acts of violence to communities and generate corruption among public and private officials as well as law enforcement officers.

“The outcome is a disruption in social and economic stability and ultimate decimation in the fabric of society,” she pointed out. 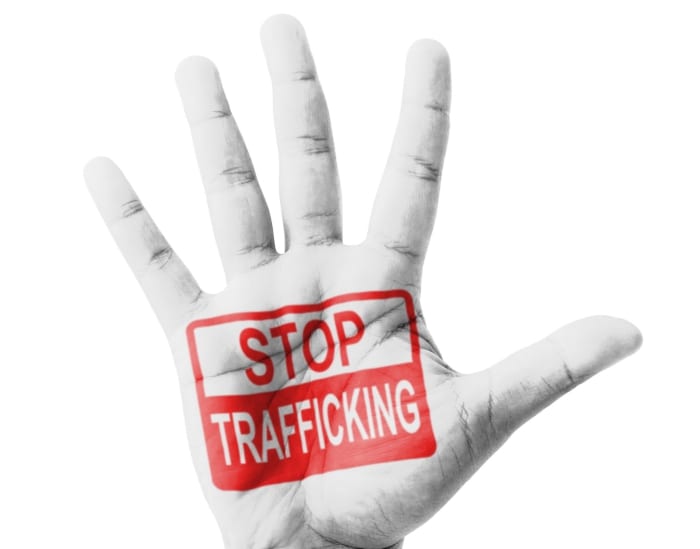 Meanwhile, the Permanent Secretary noted that the Caribbean Community also recognized the importance of developing laws and protocols to strengthen regional responses to some of these activities.

She added that in recognizing the trans-border nature of crime, Government had adopted various pieces of legislation such as the Transnational Organized Crime Act to prevent human trafficking; the Money Laundering and Financing of Terrorism (Prevention and Control) Act; the Proceeds of Crime Act and the Anti-Corruption Act.

“This legislation is intended to bring money launderers, traffickers and other criminals to justice and to disrupt opportunities for persons to benefit from ill-gotten gains,” Ms. Goddard stated.

Ms. Goddard added that significant strides were also made with the People’s Republic of China, specifically in the areas of Extradition and Mutual Legal Assistance on Criminal Matters.

“The Government of Barbados singed these two treaties in March 2016.  The treaties provided for the widest possible measure of legal assistance in connection with investigations, prosecutions and other proceedings related to criminal matters,” she said.