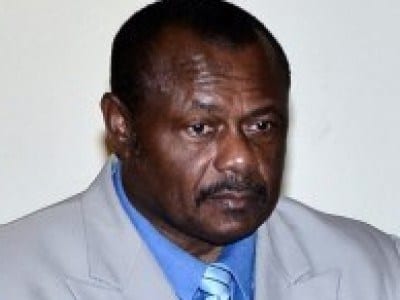 Permanent Secretary in the Ministry of the Environment and Drainage, Edison Alleyne. (FP)

As Barbados seeks quicker ways of doing things in the field of agriculture through the use of biotechnology, the island is also putting biosafety measures in place to regulate the process.

But, Permanent Secretary in the Ministry of the Environment and Drainage, Edison Alleyne, has warned that the development of a national regulatory framework for managing biosafety issues would not be an easy task.

Speaking during a recent sensitisation workshop on Biosafety at the Savannah Beach Hotel, he said: “The need for all countries to protect their natural environments and human health from the adverse effects of LMOs is what is termed biosafety.”

He explained the main challenge would be to establish an appropriate national balance between potentially important technological benefits and appropriate environmental and human health standards.

Mr. Alleyne further stated that there was also the challenge of regulating transboundary movements of LMOs which required a coordinated approach among countries in the Caribbean.

However, he said Barbados had benefitted from several capacity building initiatives under the implementation project since November 2015. This, he reported, was done through a number of biosafety training sessions executed by the University of the West Indies, St. Augustine Campus and the United Nations Environment Programme.

The Permanent Secretary explained that workshops were conducted in the areas of socio-economic considerations in decision making, risk assessment in decision making, the development of a draft biosafety policy and bill, the development of the biosafety clearing house mechanism, and more recently public awareness and education on biodiversity management and conservation.

“The Ministry will aim to reintroduce the issue of biosafety to the Barbadian public in a non-biased, scientifically sound manner,” he said.

Senior Agricultural Officer in the Ministry of Agriculture, Food, Fisheries and Water Resource Management, Michael James, said the regulation of biotechnology was one which involved other ministries and agencies.

“It has to be a coordinated effort, not only regionally, but also intergovernmentally. It cannot work unless we all put our hands to the plough,” he stressed.