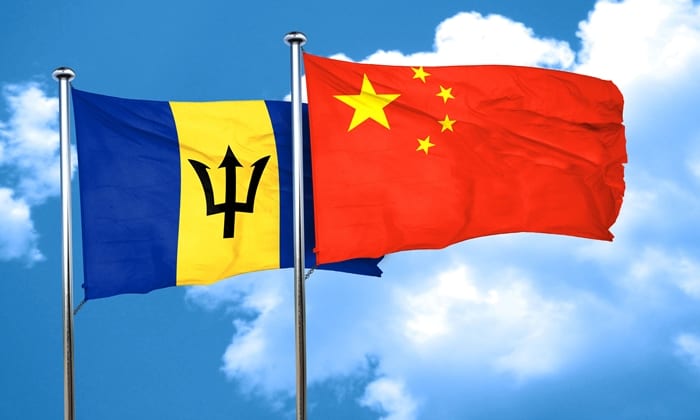 The Ministry of Culture, Sports and Youth is looking to expand its connection with China.

This was revealed when Youth Minister, Stephen Lashley, met recently with Barbados’ newly appointed Ambassador to the People’s Republic of China, Francois Jackman, during a courtesy call at the Ministry at Sky Mall.

The two officials discussed various ways in which Barbados and China could collaborate in the areas of culture, sports and youth, and Mr. Lashley expressed his Ministry’s interest in empowering young entrepreneurs through global connectivity.

“China is an excellent base from which we can do those sort of things,” he noted, stating that he would like to establish links in China where young entrepreneurs in Barbados could connect with their counterparts.

Ambassador Jackman noted that there was scope for effective programme exchanges with China and agreed to examine the possibilities that might exist for further collaboration.

In the area of culture, Mr. Lashley recalled a tour of China four years ago by a contingent of Barbadian artists. Highlighting the positive and useful exchanges that took place, particularly the potential for filmmakers, the Culture Minister spoke of the need for intensified relations that would promote and create more opportunities for film producers in Barbados.

Acknowledging the importance of cross-cultural exchanges, Mr. Jackman mentioned that there was great interest from China to have one of Barbados’ newly installed Cultural ambassadors visit that country.

In 2017, Barbados and China marked the 40th anniversary of the establishment of diplomatic relations.