Barbados Should Not Suffer From Brexit 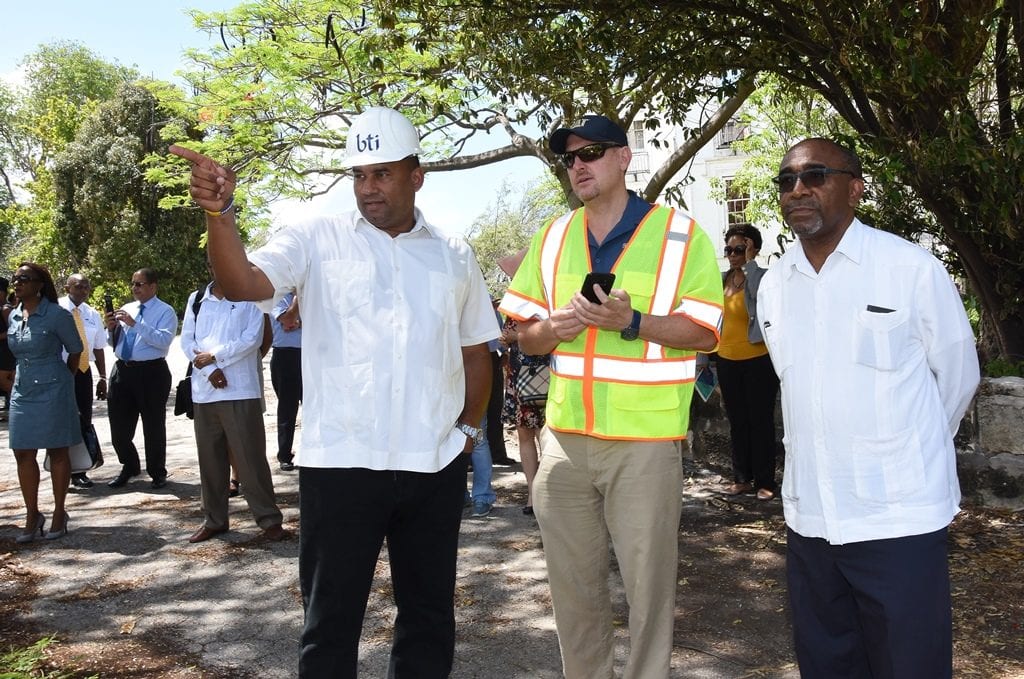 Tourism Minister, Richard Sealy (left); Minister in the Office of the Prime Minister, Senator Darcy Boyce; and officials watch the start of the demolition phase at Sam Lord’s Castle. (C.Pitt/BGIS)

Tourism Minister, Richard Sealy, has sought to allay concerns that Britain’s exit from the European Union (EU) might lead to “fall out” in terms of tourist arrivals from that territory.

He stated that although the United Kingdom (UK) is Barbados’ biggest source market, “that is the case now, it was the case last week, and it will be the case next week, whether they are part of the EU or not”.

Mr. Sealy was speaking to reporters after a short tour of the Sam Lord’s castle site, where demolition has officially started to make way for a new Wyndham Grand Hotel.

Acknowledging that the tourism industry was sensitive to currency values, he pointed out that the pound had always been a “fickle currency”, as it fluctuated quite often.

“These issues are not necessarily new; to be frank I am just happy that some sense of closure has been brought to this issue of whether they’re in or out. And, the truth is that Barbados has to do what we have to do. The brand is extremely strong in the UK and that is not going to change, and we have to continue to work hard,” the Tourism Minister underscored.

On the issue of diversifying Barbados’ source market base, Mr. Sealy maintained that it has always been Government’s position to look for visitors from all around the world, while at the same time shoring up our existing source markets.

“So that is where we really are and it is something over which we do not have any control. And, we simply have to continue doing what we were doing over the years,” he surmised.

The new 450-room hotel at Sam Lord’s Castle, now owned by American company Wyndham Hotels & Resorts, will cost approximately US$200 million to complete. It is expected to be completed over the next two years.