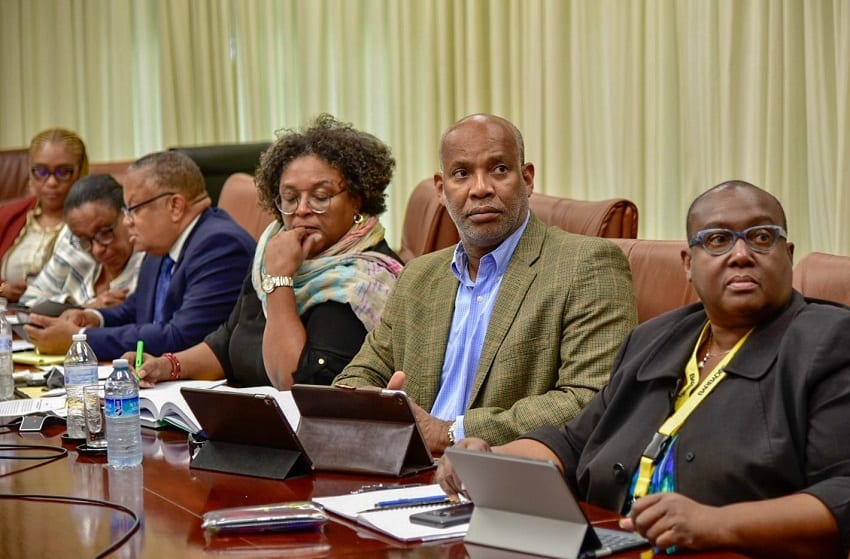 Barbados’ commitment to working towards the peaceful resolution of the situation in Venezuela and in maintaining a Zone of Peace in the Caribbean was reaffirmed by Prime Minister Mia Amor Mottley when she met separately with representatives of the Governments of the United States and the Bolivarian Republic of Venezuela.

During each meeting, Prime Minister Mottley emphasised that continued dialogue was essential to a peaceful resolution of the political situation in Venezuela. The Prime Minister underscored that the Caribbean region is a Zone of Peace and must remain so at all costs.

She also  highlighted that Barbados’ interaction with all countries is based on values and principles related to non-interference and non-intervention in the internal affairs of countries, respect for law and order the protection of democracy, and promotion of human rights.

Prime Minister Mottley,  Minister of Foreign Affairs, Senator Dr. Jerome Walcott and Attorney General, Dale Marshall, subsequently participated via video conference in the 7th Special Emergency Meeting of the Conference of Heads of Government of the Caribbean Community to review action taken by a contingent of Heads of Government at the United Nations in New York earlier this week and to consider developments since the New York meeting.

Because of Barbados’ active engagement on the issue within CARICOM, Prime Minister Mottley has been invited to attend a meeting on Venezuela to be held in Uruguay next week to promote dialogue and a peaceful resolution in Venezuela.