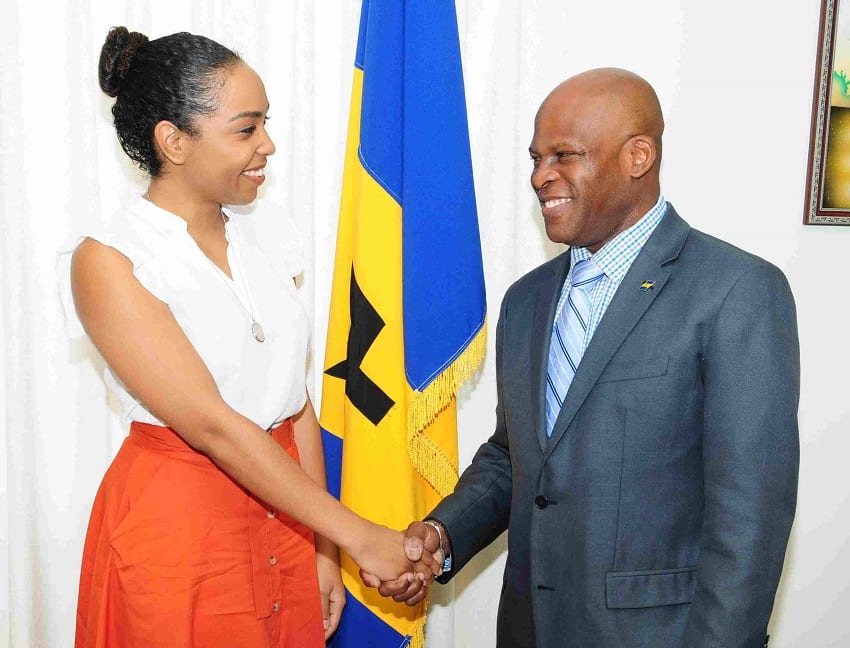 Barbados is set to benefit from forensic equipment, including drug testing devices, through the United Nations (UN) Organization on Drugs and Crime (ODC).

This was disclosed by Liaison Officer for the Caribbean with the UN ODC, Bo Harris, during a recent courtesy call with Minister of Home Affairs, Edmund Hinkson, at his Wildey, St. Michael office.

Ms. Harris explained that the country would benefit from a mobile unit and another to be set up in a forensic lab, while persons working directly with them will undergo training in Panama.

Meanwhile, Ms. Harris identified gaps in the areas of the legal profession as it relates to the training of judges, prosecutors and lawyers on the legal side of maritime crime, and noted that training could be provided in this area. She noted that a team of maritime crime experts was expected to visit Barbados later this year.

In response, Minister Hinkson welcomed the donation of equipment and the promised initiatives, and noted that the UN ODC could assist Barbados in building out its National Anti-Drug Plan, which was presently being worked on.

This was supported by Manager of the National Council on Substance Abuse (NCSA), Betty Hunte, who said one of the elements in the plan was the establishment of a National Observatory on Drugs and a National Warning System.

She also spoke to the need for assistance in building out various programmes to support the Anti-Drug Plan, among them a Train-the-Trainer programme and a research database. The Manager welcomed the donation and noted that the NCSA was trying to source basic drug testing kits to enhance the services it provides.

Meanwhile, NCSA Chairman, Hadford Howell, shared that he wished to see the work of the organisation enhanced via the various social media platforms.

Other areas of mutual interest were discussed during the visit, which was also attended by Deputy Permanent Secretary in the Ministry, Celia Pollard-Jones.