Barbados To Defend Its Position Before EU 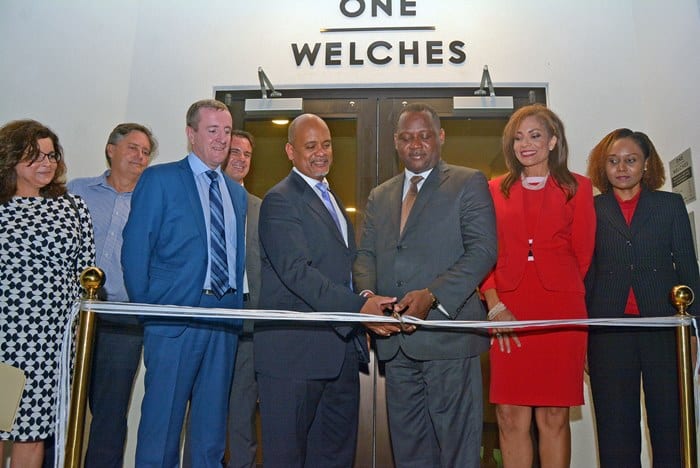 International Business Minister, Donville Inniss, will not be “pulling any punches” at next week’s Peer Review Group of the Global Forum of the Organisation for Economic Cooperation and Development in Paris.

At that meeting, Mr. Inniss and his team are expected to defend Barbados’ position since being blacklisted by the European Union (EU), along with several other Caribbean countries, for being an uncooperative tax jurisdiction.

In his address at a reception on Thursday evening for the official opening of several new offices at One Welches, St. Thomas, the Minister revealed that he would head a delegation comprising staff of his Ministry’s International Business Division and the Barbados Revenue Authority, along with key European Advisors.

While in Paris, the team will also attend the Steering Group meeting of which Barbados is Vice Chair, and, according to him, represent the “voice of small states engaged in the international financial services”.

He continued: “I expect that our meetings will be successful and will lead to an enhanced reputation for our domicile, and, by extension, more business for us.”

Mr. Inniss further disclosed that earlier this week, he received official notice from the EU of its intention to publish a list of uncooperative jurisdictions based on new guidelines developed by that organisation.

To this end, he said that he and his team had already started the consultative process to “protect Barbados’ name and reputation as a transparent and well-regulated jurisdiction”.

The International Business Minister added that Governor of the Central Bank, Dr. Delisle Worrell, and a delegation were recently in Canada, where they continued to engage with stakeholders on the mutual advantages of doing business with Barbados.

“Mexico, Colombia and Latin America continue to open up for us a market. And, next month we will host a team from Cameroon in Africa for talks of tax and investment treaties,” he disclosed.