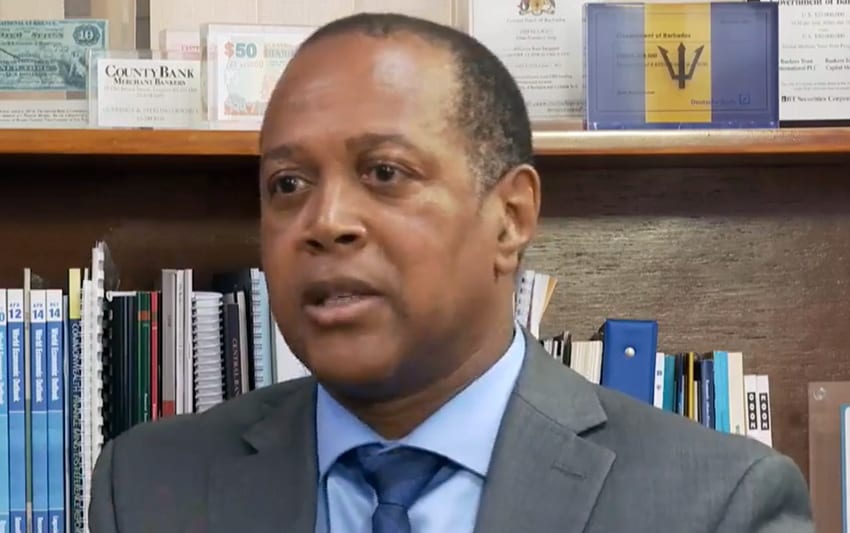 The nod of approval from the Executive Board of the International Monetary Fund will give Barbados access to US $49 million tomorrow, which will be put into an account at the Central Bank.

This disclosure came today from Economic Advisor to the Barbados Government, Dr. Kevin Greendige, during a BGIS Facebook Live interview with veteran broadcaster Carol Roberts, at the Central Bank.

He said seven other disbursements would be given to the country over the next four years and explained that some funds would be used to shore up the country’s reserves.  He pointed out that the money to be given would be a loan, at a very low interest rate.

The Executive Board of the IMF approved the staff-level agreement on an Extended Fund Facility on Monday, which would give Barbados access to about US $290 million, over the next four years.

Dr. Greenidge stated: “The fact the International Monetary Fund endorses your programme comes as a vote of confidence to the international community and it says that Barbados is serious about what it is doing.

“This programme is coherent, it hangs together, and it can deliver what it is expected to deliver, which is to bring Barbados out of the economic recession and problems we have been facing…. The fact that we signed with the IMF is an endorsement for our international development partners, but also regional institutions and investors, who will look on and see that Barbados is serious.… The IMF will not support a programme that does not hang together; does not have credibility; or commitment.”

The Economic Advisor said it was a significant achievement for Barbados to have reached this stage, but stressed that the hard work would now begin.  According to him, there would be a period when things would feel a bit tough, but “the beautiful thing is that” Barbados would come out of the situation.

“Within two to three years, you will not be able to recognize Barbados…. The economy will be growing…because the investors are coming,” he stated.

He added that the private sector would begin to invest and opportunities for growth would exist across Barbados.  He pointed out that as part of the restructuring process, Government would introduce an enfranchising programme to help people own their own business, so Barbados would be transformed.

Turning his attention to the debt exchange programme, Dr. Greenidge explained that the old debt instruments of treasury bills, treasury notes or debentures were exchanged for new debt.

“Of course, because we are recovering and we can’t fix the fiscal, you can’t pay all one time, so you try to stretch it out over a period of time. They [holders] are not losing the principal.  If you invest $10,000 you will get back the $10,000 investment.  You also will get back interest, but the interest will be slightly less than you had before….

“But you will be getting back principal and some interest…. Before you had to wait until the end of the period to get back your principal; you are going to get it four times a year,” he said.

He added that savings bonds were not included in the debt restructuring.