Barbados To Retrofit 85 % Of Street Lights 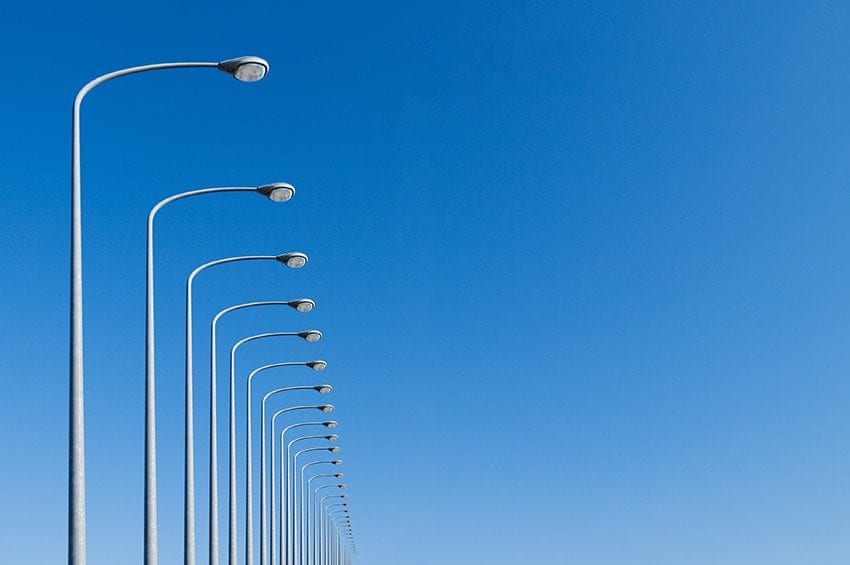 The Ministry of Energy and Water Resources has signed a contract which will replace 28,000 streetlights with light emitting diodes (LEDs) technology.

During a signing ceremony held today, in the Ministry’s conference room, Country Road, St. Michael, Minister of Energy and Water Resources, Wilfred Abrahams, stated: “This upgrade to the island’s street lighting complement is being undertaken as a necessary transition in the type and efficiency of technology presently in use.

“These LED streetlights are going to be 50 per cent more efficient than the presently installed high pressure sodium lights and it is estimated that the retrofit will result in annual energy cost savings of BDS $3.7 million.”

According to Project Manager, Keisha Reid, the Public Sector Smart Energy Programme project, which falls under the Ministry of Energy, aims to promote and implement the use of Renewable Energy and Energy Efficiency measures in the public service.

The programme is co-financed by the Inter-American Development Bank, through a loan of US $17 million, and by the European Union through a grant of US $7.664 million.

Minister Abrahams stressed: “For Barbadians, the savings will not only be financial, but the installation of these LEDs will also see a reduction of 2,400 tonnes of carbon dioxide emissions, and result in over four million kilowatt hours of energy saved versus what obtains currently.”

Highlighting the additional advantages of switching to LED street lights, the Energy Minister noted: “The switch to LEDs will allow for additional benefits which include lower maintenance costs, better quality light, their expanded lifespan, the additional value of more accurate colour rendering, and the fact that these LEDs do not contain harmful elements such as mercury or lead.” 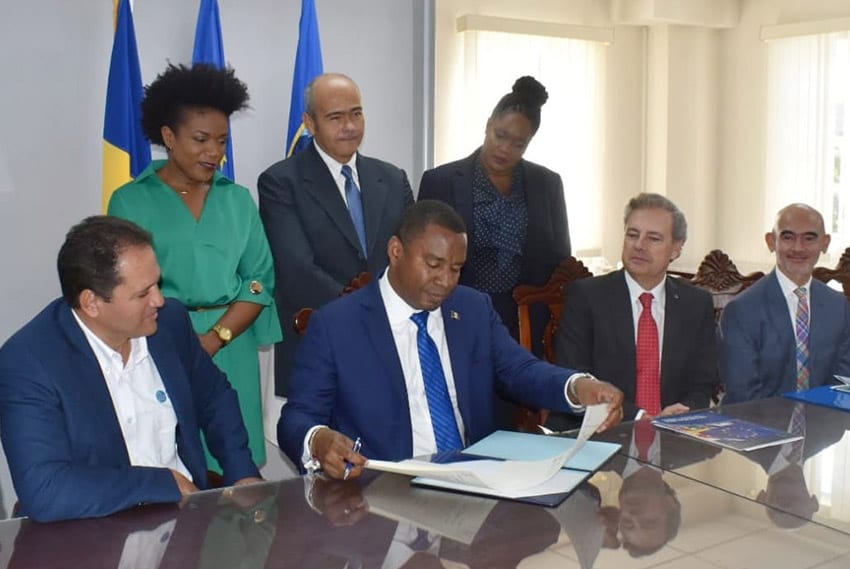 Minister of Energy and Water Resources, Wilfred Abrahams signing the document to upgrade the island’s street lights to LED technology today at the Ministry. Looking at are Ministers Marsha Caddle and William Duguid and various representatives and officials. (IDB/GP)

According to Mr. Abrahams, an international tender was the process used for awarding the contract, and based on merit and a proven track record, the contract was awarded to Caribbean LED Lighting Inc.