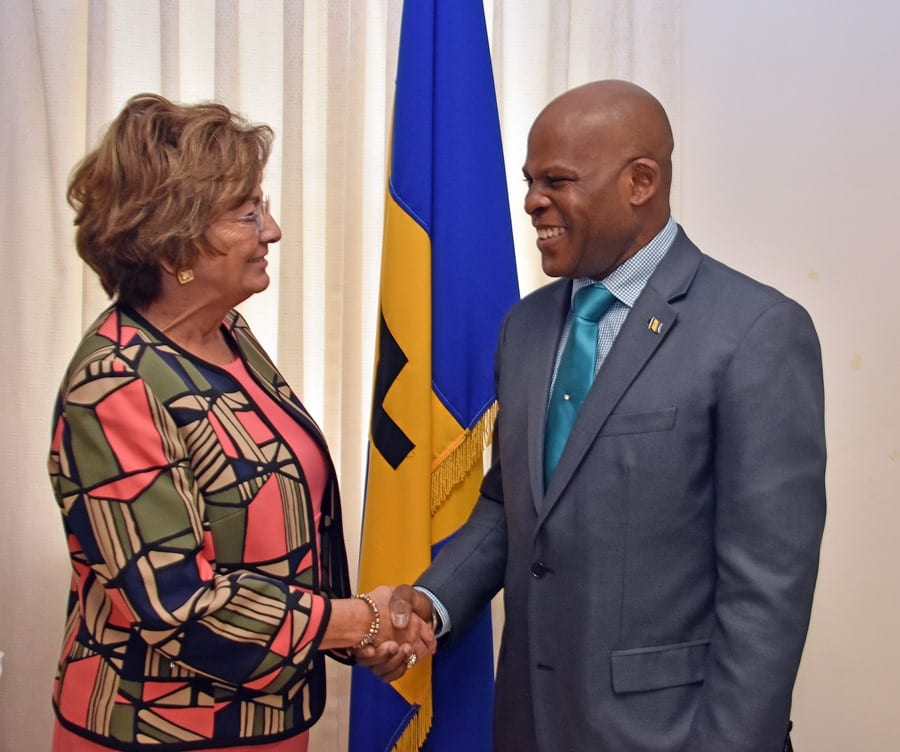 US Ambassador, Linda Taglialatela and Minister of Home Affairs, Edmund Hinkson, greet each other during the recent courtesy call. (C. Pit/BGIS)

A number of priority areas were discussed when US Ambassador, Linda Taglialatela, paid a courtesy call on Minister of Home Affairs, Edmund Hinkson, at his Wildey, St. Michael office.

Among the issues highlighted by the Ambassador were the Enhanced Passenger Information System (EPIS); a report on the Trafficking of Persons; and the USAID CariSecure project, which focuses on the Youth at Risk project.

In response, Minister Hinkson stated that Barbados’ sign-on to the EPIS was approved at Cabinet level and was now with the Chief Parliamentary Counsel for drafting.

He added that as it related to Youth at Risk, he had looked over the Juvenile Justice Bill and noted that there was a need to modernise the legislation to ensure that those affected had a second opportunity at life.

Barbados and the US established diplomatic relations on November 30, 1966.