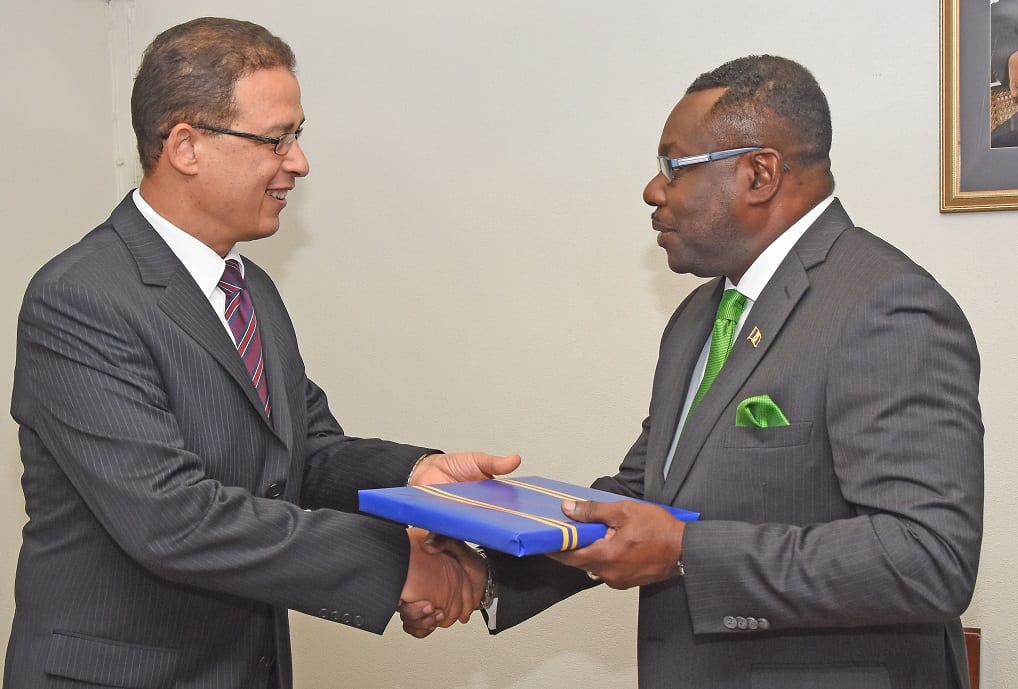 An Ambassador to Barbados from Egypt has been appointed for the first time since the two countries established diplomatic relations on November 3, 2006.

The two officials discussed a number of areas for further cooperation, including the conservation and preservation of cultural properties in Barbados.

They also discussed the development of the cultural industry in Barbados as it related to the cinema, mass media and television. Mr. Blackett also expressed condolences to the Ambassador on the recent Egypt Air tragedy.