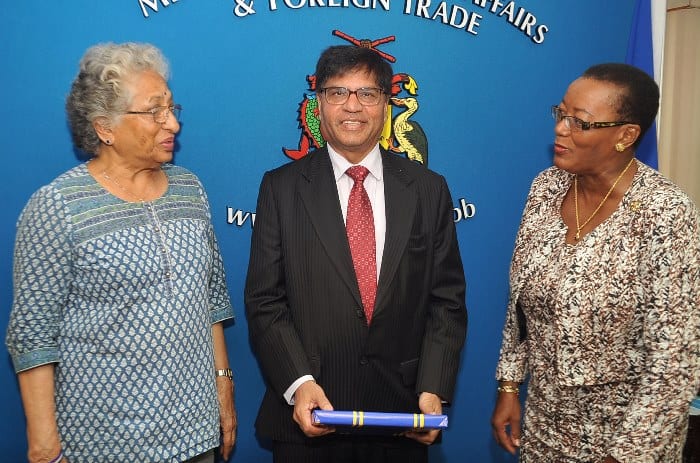 During the meeting, there was discussion on ways in which Barbados-India bilateral relations could be further enhanced. It was noted that there was already ongoing cooperation in the areas of education, agriculture and Information and Communication Technology.

The two officials identified tourism as a sector with potential for increased activity, and High Commissioner Kumar stated: “From our side, Indians are tourists…back then our main destination was Europe…but now, with the steady development of the economy of India there is mass migration. We have a lot of people with good disposable income and they are seeking after new destinations, so this is something we embrace.”

The issue of a visa abolition agreement between the two countries was raised, and both officials agreed that this would be worth exploring as it would increase opportunities for travel and business for citizens of both Barbados and India.

The growing film industry and possibilities for cooperation with India’s well- developed Bollywood industry were also discussed. Technical cooperation, opportunities for exchanges of personnel in the film industry, and the promotion of Barbados as a destination for film making, were some of the suggestions considered.