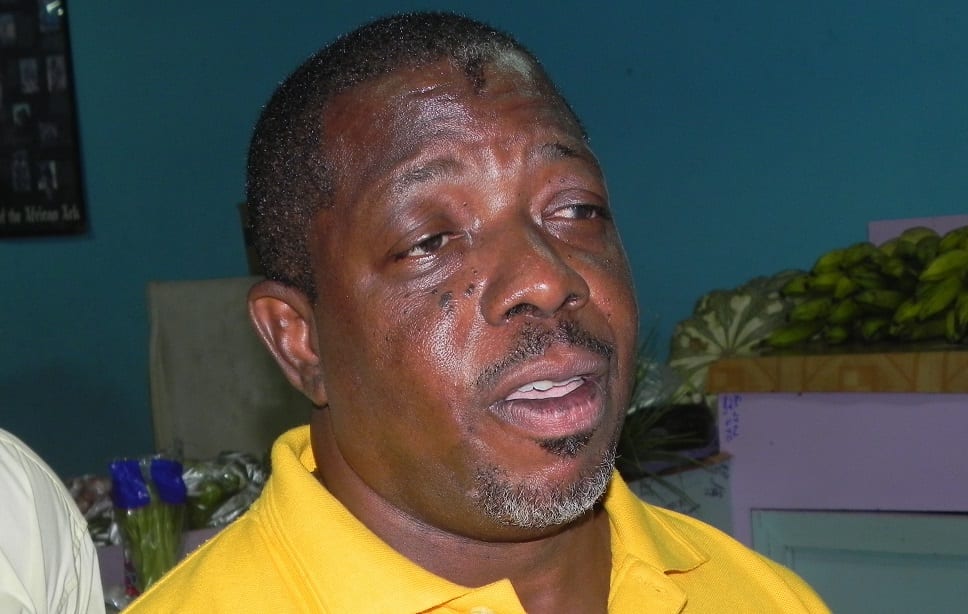 The Barbados Association of Retailers, Vendors and Entrepreneurs (BARVEN), has welcomed the latest initiative by the Ministry of Agriculture, Food, Fisheries and Water Resource Management, to find possible solutions to address the ongoing issue surrounding vending in the City.

President of BARVEN, Allister Alexander, made this remark this morning, after participating in a walk-through of “problems areas”, in Bridgetown with Agriculture officials, BARVEN members and media personnel.

Stating that he was “all for progressive solutions for vending”, Mr. Alexander told reporters that BARVEN’s motto was “finding solutions through consultation as opposed to confrontation”.

Underscoring that his association’s members were behind this type of approach, he stated that they were all for a structured policy for vending and licensed vending.

“Let me make it very clear that BARVEN does not in any way back disorder. We are with the Ministry as far as health stipulations and pedestrians are concerned. However, what we are saying is that this is Historic Bridgetown, and we cannot imagine a Historic Bridgetown without street vending. All we are asking is that it be done in a structured way.

The President said BARVEN welcomed the “vendor-friendly approach” of the Manager of Markets, and said that both groups would sit and analyse the situation.

“BARVEN backs vending on Marl Hill Street, as we think that Marl Hill Street is the best street in the City for vending, and it has licenses that have not been renewed for a number of years but again we welcome this initiative and we are looking forward to seeing the results,” the President underscored.