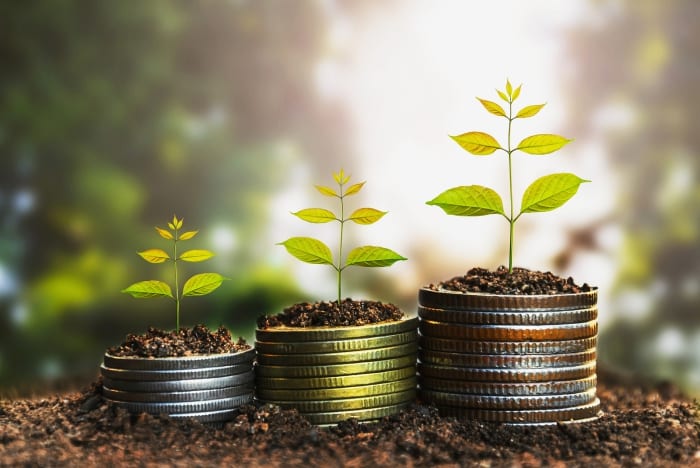 Billions of dollars have been pledged for climate finance through the Paris Climate Agreement, and Barbados is seeking to capitalise on some of those funds.

To this end, the Economic Affairs Division has requested and received support to enhance the skills and expertise of its staff, other relevant ministries and organisations that undertake and manage the various tasks associated with formulation, application and submission of climate funding requests.

The Commonwealth Secretariat has assigned National Climate Finance Adviser, Winston Bennett, to work with Barbados for a year, with the possibility of a 12-month extension, to assist in building capacity among government, private sector, non-governmental organisations and any other groups of people to access climate finance.

In addition, Mr. Bennett will assist in producing better quality projects proposals to aid in unlocking available climate funding, and then promote the climate financing work in an effort to generate greater interest.

Giving the background to this initiative, Mr. Bennett explained that developed countries had promised to provide financing to developing countries to mitigate and adapt to climate change.

According to him, the Commonwealth Climate Finance Access Hub Pilot Programme is an initiative to facilitate improved access to climate finance resources by small vulnerable countries, to meet their development needs. It will be informed by national and regional priorities.

He noted that a network of national climate financial advisers was being placed in host governments and regional organisations, such as the CARICOM Climate Change Centre, who would exchange information and build capacity through South-South cooperation. Seven national Climate Financial Advisers have already been appointed, three in the Caribbean countries of Barbados, Jamaica and Antigua and Barbuda, as well as four in Africa. 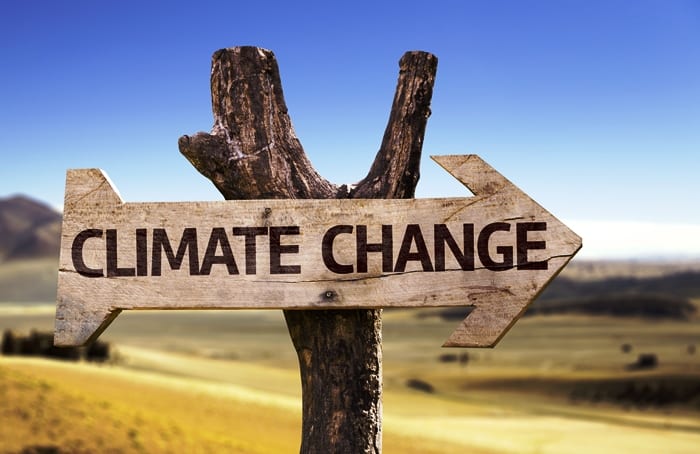 It is critical to addressing climate change because large-scale investments are required to significantly reduce emissions, notably in sectors that emit large quantities of greenhouse gases.

Climate finance is said to be equally important for adaptation, because significant financial resources are similarly required to allow countries to adapt to the adverse effects, and reduce the impacts of climate change.

It is also believed that US$40 to US$175 billion per year is currently flowing from developed to developing countries for climate change related initiatives.

Mr. Bennett is keen to assist Barbados in developing project proposals, so it could access some of the billions of dollars available for loans and grant funds. Admitting that the investment needs far exceed the pledges, he emphasised the importance of utilising the available funds, so those pledging know that the developing countries mean business.

He is currently working on developing a user-friendly climate finance database, which would help to identify all of the funding envelopes for which Barbados is eligible; explain the criteria for accessing the funds; and clarify the sub areas under mitigation/adaptation that are relatable.

“The creation of the database was not part of the original terms of reference, but Senior Economist in the Economic Affairs Division, Kelly Hunte, thought the database would be an important element to add, as it would assist Barbados to map projects to various climate funding envelopes.

“By the end of November, we will have a good working database, and we will put procedures in place for updating it on a regular basis, in case, for example, a new fund envelope emerges or criteria have been changed,” he stated.

Mr. Bennett is urging those who have climate-related projects or concepts to contact the Economic Affairs Division, which is the focal point for the programme.

“Come with your ideas and let us see how we can move them along the path. Let us start the process,” he encouraged.

The National Climate Finance Adviser said he had already met with the Barbados Chamber of Commerce and Industry and the Barbados Renewable Energy Association. Stating that a lot of energy was being wasted because many buildings were not energy efficient, he suggested there could be a vast improvement with the design and outfitting of those buildings. This improved design, he explained, could result in savings, which would affect their bottom line and reduce their carbon footprint. 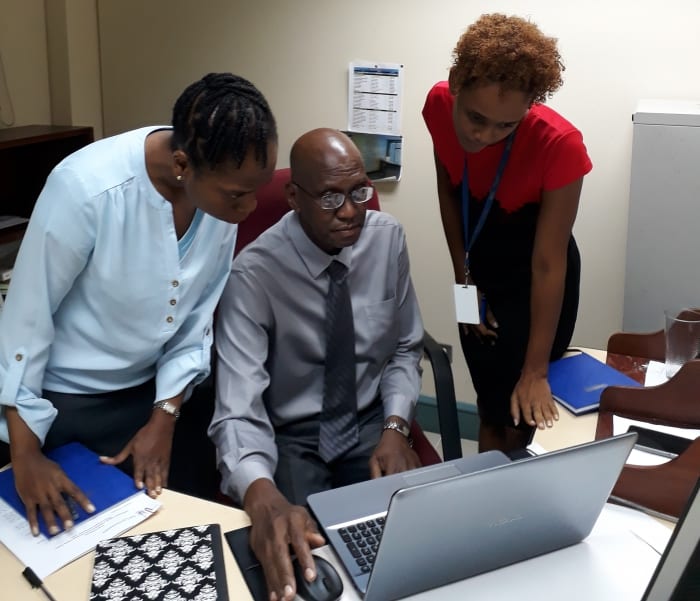 Mr. Bennett expressed the view that hoteliers should be interested in these energy efficient buildings because reducing their carbon footprint could be used as a marketing tool for them. “Their advertising slogan can say ‘we are greening our hotel operations, come stay with us’, so it has that double benefit as well,” he surmised.

He highlighted water scarcity as being an impact of climate change, explaining that when the sea level rises, the water source would be compromised. He noted that a pilot project was carried out in St. Lucia, where hotels were encouraged to harvest rain water and to recycle waste water for gardening and other non-essential purposes.

He encouraged Barbadian hoteliers to implement similar projects, indicating that more water would then be available for the public from the Barbados Water Authority.

The Paris Agreement was adopted in December 2015 at the 21st session of the Conference of the Parties to the UN Framework Convention on Climate Change. It brings all nations into a common cause to undertake ambitious efforts to combat climate change, and adapt to its effects, with enhanced support to assist developing countries to do so. It has been described as charting a new course in the global climate effort.

The Agreement’s central aim is to strengthen the global response to the threat of climate change by keeping a global temperature rise this century well below 2 degrees Celsius above pre-industrial levels, and to pursue efforts to limit the temperature increase even further to 1.5 degrees Celsius.