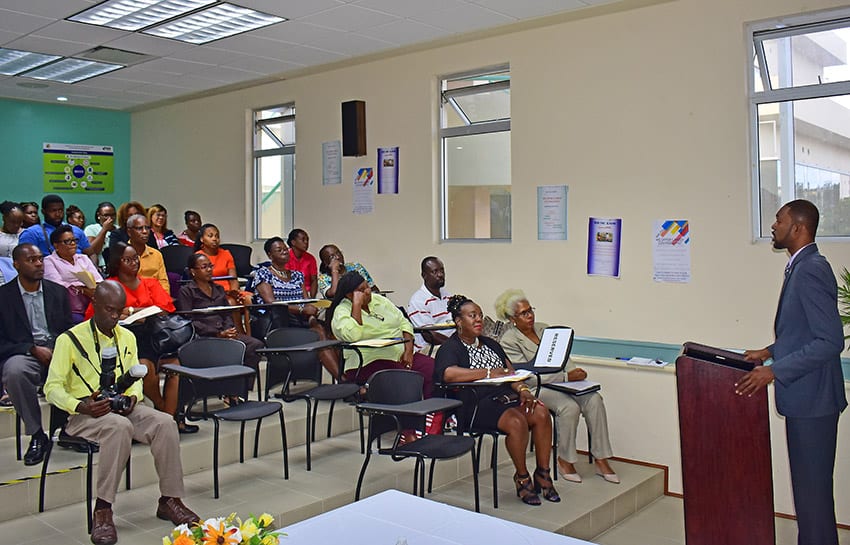 Labour and Social Partnership Relations, Colin Jordan, speaking at the start of a series of training seminars to retool, empower, retrain and enfranchise persons separated from the public service. (C.Pitt/BGIS)

Praise has been heaped on the Barbados Employment and Career Counselling Service (BECCS) for its efforts at facilitating retrenched public sector workers, and all unemployed Barbadians, as they search for available opportunities.

It came today from Minister of Labour and Social Partnership Relations, Colin Jordan, as he addressed the start of a series of training seminars, coordinated by BECCS and staff of the Human Resource Development Strategy (HRDS) Programme. The series form part of Government’s programme to retool, empower, retrain and enfranchise persons separated from the public service.

Acknowledging that the training represented a commitment by Government, under the Barbados Economic Recovery and Transformation (BERT) Programme, Minister Jordan said it should be seen as a chance for participants to broaden their skills, or to explore new possibilities for employment and/or self-employment.

He also added that it spoke to the development of a Barbadian citizen who could operate globally, but remain rooted in Barbadian values, a similar concept borne out in Barbados’ HRDS Programme.

Noting that BECCS was not only a place where one came to get unemployment cards stamped, he said: “A person who has lost a job is in a different place mentally from a person who is sitting behind a desk and who has a job…. BECCS is an organization or department which is there to assist you in the transition, making sure that you are in a place where you can be re-employed.”

Stressing it was important to find jobs which they loved and could do well, the Labour Minister stated: “Whether you take an assessment to discover your true passion, or just have a discussion with the counsellors, you can be guided into finding that passion. School leavers, unemployed youth and adults, those who feel themselves to be under-employed, not operating at your full potential, as well as those who are gainfully employed who want to transition from one job to another or from one career to another, can benefit from the services of this department.

“This guidance includes giving you the tools to choose which type of training that will help you achieve your goals. Sometimes your circumstances may dictate that you may need to find a job immediately and delay studying.  Job placement services offered by BECCS can help you in that area as well.” 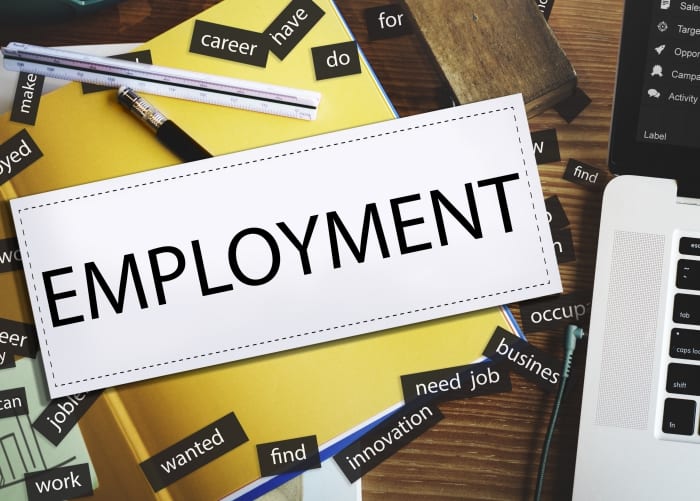 Pointing out that BECCS engaged with employers daily in an effort to place persons in vacancies, he said a move was afoot to have the department place such services online, so that employers could list vacancies to facilitate job search and employees could place their CVs on the website as well.  “All of the services of this department are free at the point of delivery,” he said.

Emphasizing that BECCS worked also to find employment for persons outside of Barbados, the Minister said this was done through its Liaison Service located in Canada and the USA, where they were able to secure opportunities in agriculture, the hotel sector and the service industries and many others.

He noted: “Employers at The Blue Mountain Ski Resort in Canada, for example, have just employed 30 Barbadians on a one-year contract, and a similar contract is set to start later this year for workers to join the JW Marriott Hotel in Canada. In addition, interviews for 30 Meat Cutters to reside and work in Canada are going to take place sometime later this year. Later this month, interviews will be conducted here in this same building by a recruiting firm from the United Kingdom (UK) and they will be seeking to employ nurses throughout the UK.”

Minister Jordan said the services at BECCS also extend to preparing jobseekers to interface with the world of work, and he noted that apart from assistance with job selection, job search, curriculum vitae, interview techniques and getting to the job, staff provided orientation to allow for an understanding of new employment and environment.

He expressed appreciation to the management and staff at BECCS and the vocational counsellors who interface with clients, noting that their work was done in spite of tight budgets and reduced staff.