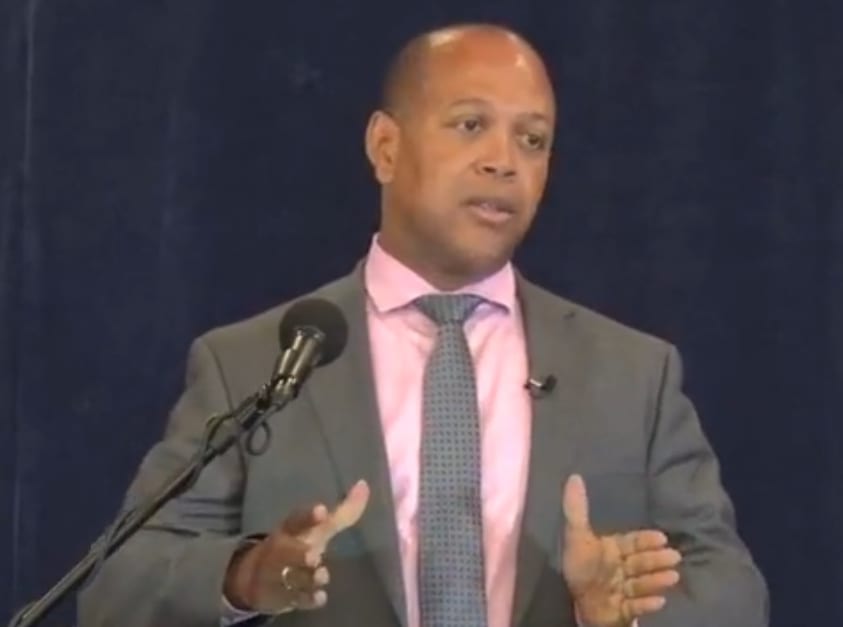 Senior Technical Adviser to Government, Dr. Kevin Greenidge, is confident that if the Barbados Economic Recovery and Transformation (BERT) Plan is implemented within the timeframe, it would move the country forward.

Dr. Greenidge expressed this view today during a press conference at the Grande Salle, Central Bank of Barbados, to give an update on the BERT programme.

Saying the country had made extraordinary strides already, he noted that the programme was endorsed by the International Monetary Fund (IMF) after an initial engagement of less than three months.

“That is extraordinary and it goes to the strength of our programme and our commitment.  It is very coherent, and a programme that hangs together; every part of the programme relies on the next part. If one part fails, the whole programme will be unraveled.  So, that is why as Barbadians we need to be committed and work this right through, we can’t stop now,” he pointed out.

Dr. Greenidge said he was pleased the team was able to design a programme that allowed for the preservation of the exchange rate.  He acknowledged that the team would have liked to receive more than the US$290 million approved by the IMF, but was satisfied with the quota received.

Dr. Greenidge stated that Barbados successfully concluded the domestic component of the debt restructuring, and explained that it was well executed, in that approximately 99.6 per cent of the creditors voted in the affirmative.

“From an international perspective, this is extremely high and an accomplishment.  For example, Greece had 86 per cent and I believe St. Kitts was in the lower 90s…,” he noted.

He expressed the view that the holders’ action demonstrated confidence in the reform programme, and said that as a commitment under the BERT plan, all arrears would be cleared within the four-year period. “This debt restructuring actually takes cares of about…85 per cent of outstanding arrears to the private sector and that is being paid over four years…

“You are paying what is owed in…suppliers credits over four years, which will inject funds into the economy…and there is no interest on that…. The rest of arrears, which are mainly VAT refunds and taxes owed to individuals, would be paid in a much shorter period,” he explained.

The Senior Technical Adviser likened the adjustment process to four legs of a relay, saying the first part was the endorsement by the IMF, with the Central Bank receiving almost BDS$ 100 million.

He added that the second part had to do with the successful completion of the domestic debt restructuring and stated that those instruments would be exchanged for new ones by the end of October.

According to him, the third aspect had to do with the commitment to move the ring fence from around the offshore business sector; he said the assessment was now going on.