Beware Of Alcohol Abuse During Festival

As Barbadians approach the height of this year’s Crop Over Festival, they have been warned about the consequences of abusing alcohol.

Acting Senior Medical Officer of Health, Dr. Ingrid Cumberbatch, speaking at a dialogue on The Safe Use of Alcohol in Barbados last Friday, told participants that not only was there evidence of heavy episodic alcohol consumption or binge drinking in Barbados, but the Ministry of Health was aware that there was increased use and misuse of alcohol during Crop Over.

She quoted the 2012 Health of the Nation Study, which revealed that 14 per cent of Barbadians participated in heavy episodic alcohol consumption, with men’s prevalence being five times higher than women. The study also showed that the prevalence was highest in men, aged 25 to 44.

Dr. Cumberbatch called on persons marketing, selling and serving alcohol to be more aware and considerate of the harmful effects, … “recognising when customers have reached their level of intoxication and refusing to contribute to further alcohol abuse.” 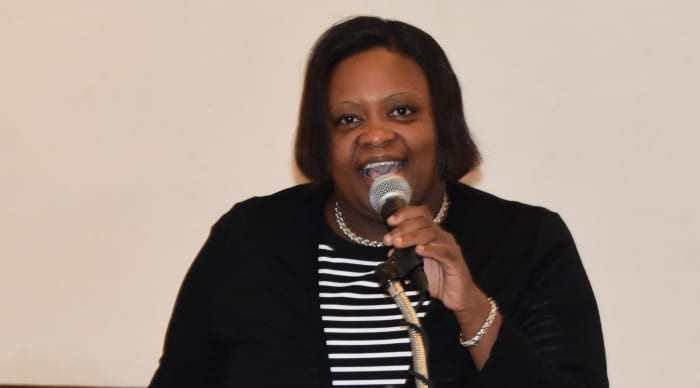 Acting Senior Medical Officer of Health, Dr. Ingrid Cumberbatch, speaking at a dialogue on ‘The Safe Use of Alcohol’ last Friday. (C.Pitt/BGIS)

The health professional disclosed that the harmful use of alcohol was one of the four major risk factors contributing to the non-communicable disease (NCD) epidemic in Barbados. Additionally, she said, alcohol consumption was associated with mental illness, domestic violence, and injuries and fatalities as a result of traffic accidents.

Citing statistics from the World Health Organisation, the Medical Officer of Health pointed to 3.3 million deaths worldwide every year as a result of alcohol abuse, with 25 per cent of total deaths in the 20 to 39 age group globally attributed to its misuse.

The dialogue at the Savannah Hotel, organised by the National Chronic Non-Communicable Diseases (NCD) Commission, brought together a number of stakeholders, including alcohol distributors, fete promoters, mixologists, youth workers, representatives of substance abuse facilities, psychiatrists, police officers and the media.