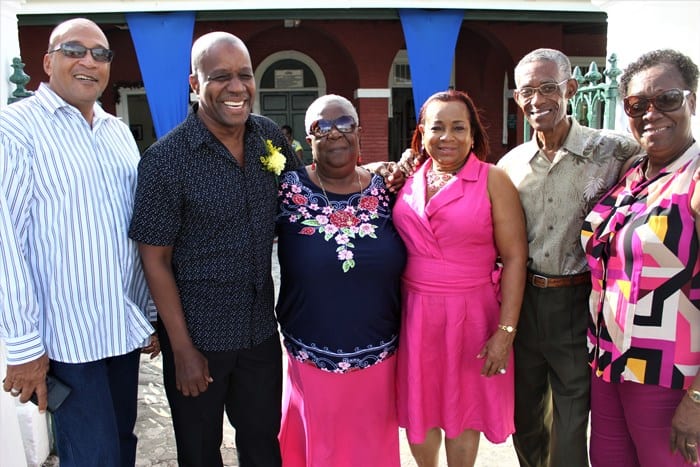 Staff, friends and family of the Barbados Government Information Service (BGIS) gathered at the Main Guard, The Garrison, on Thursday, to give a rousing send-off to “one of their own” who gave yeoman’s service to the department.

Philbert Robinson, affectionately known as “Robbie” by his co-workers, will officially retire on January 1, 2017, after serving for 34 years as Technician and later as Network Administrator.

Chief Information Officer of the BGIS, Sharon Lynch, praised Mr. Robinson for his diligence, loyalty, work ethic and sound technical knowledge. She described him as “a tremendous asset to the organisation”, who would be missed immensely.

“I always found him respectful, never too busy to answer questions and I was always confident that for a technical novice like myself, he would give honest and good advice,” she stated.

She continued: “What always impressed me about Robbie was his willingness to keep up-to-date with the advances in his chosen field and to share that information. He was always reading and researching to inform myself or others about something new.”

Colleague, Shayla Murrell, also spoke of Robbie’s love and passion for music, and thanked him for inspiring her on her musical journey.

“He is a perfectionist. He does not perform anything unless he is really satisfied that what we are doing sounds right…He really puts in the work that is required for a musician,” she noted.

In response, Mr. Robinson said he was thankful for all of the opportunities he was afforded while working at the BGIS.

“For the time that I was there, I met all the Prime Ministers of Barbados; I met Governors-General; and I have had the opportunity to travel, going as far as Japan,” he recalled.

He also praised the staff and encouraged them to work together and share their knowledge and skills, so as to make the department a “beacon” for the public service.