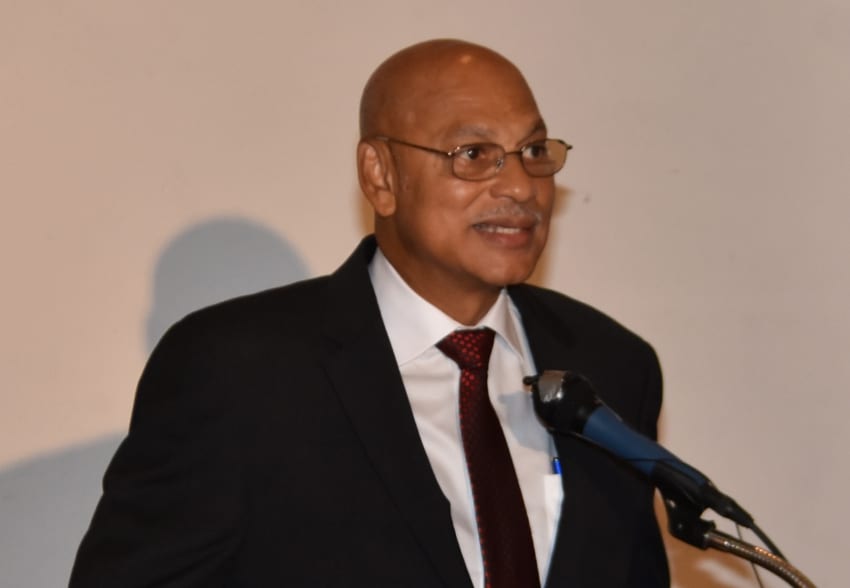 The Barbados Investment and Development Corporation (BIDC), has been lauded for “timely facilitating” programmes aimed at boosting the island’s export growth across China, Western Europe and Great Britain, North and Central America and Latin America.

The recognition came yesterday as Minister of International Business and Industry, Ronald Toppin, acknowledged the role played by the BIDC’s Export-Readiness Programme (ERP) in helping to achieve this objective. He was addressing the graduation ceremony, at Bagnall’s Point Gallery, Pelican Village, for representatives of 16 companies who participated in the 2018 edition of the ERP held from April to August.

Acknowledging that the ERP was now one of BIDC’s signature calendar events, Mr. Toppin stressed it had to be encouraged against the backdrop that the rebuilding of foreign reserves was set as one of the urgent items on Government’s agenda.

Emphasising that the Corporation recognised the potential return on this investment, he said: “Penetrating these markets is done via a range of instruments as well as practical and promotional approaches which pave the way for seasoned exporters, as well as those new players represented in the graduands here today, who are enthusiastic about exporting goods or services but are hamstrung by inherent business barriers to growth.”

The International Business Minister noted that at the macro level to overcome such barriers, instruments such as Memoranda of Understanding (MOU’s) were utilised and leveraged by BIDC to optimise benefits from target markets. He noted they had signed MOU’s with the China Council for the Promotion of International Trade and the AMPP Group for and on behalf of The Commonwealth Enterprise and Investment Council.

It was also noted that within the region, MOUs were in place with the Suriname Business Development Center, the Dominican Republic’s Business Support Agency – Export & Investment Centre of the DR Pro Dominicana, Export St. Lucia and The Guyana Office of Investment.

“The Corporation further demonstrates its commitment to an enabling environment through in-depth market research, as a precursor to proving guidance to stakeholders and, once on the ground, market representatives are contracted to virtually hand-hold the process of securing the appropriate channels, thus assuring your success.  This then becomes the groundwork that ensures the successful outcomes when the BIDC facilitates, or the entrepreneur requests to participate in promotional activities in one of the target markets,” said Mr. Toppin.

Chief Executive Officer of the BIDC, Sonja Trotman, in commending the ERP to companies, deemed it a “very valuable training programme” that helped successful exporters plan and prepare. Stating that the BIDC was constantly looking for ways to improve the initiative, she urged feedback from all graduates and said: “Our goal and our intention is to ensure that our exporters are equipped and ready for the export market so that they can add value to the economy.”