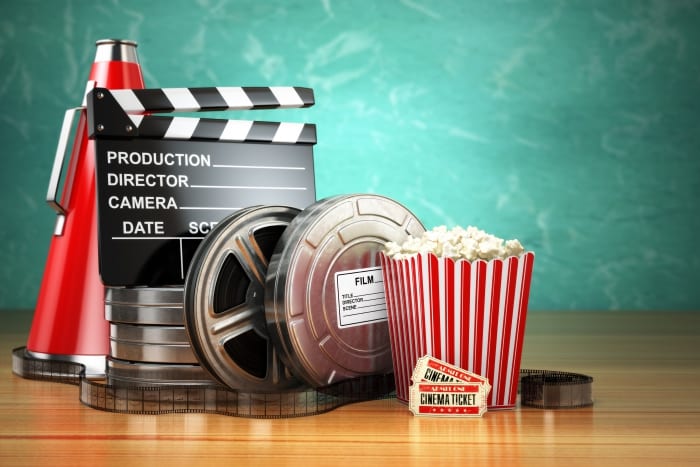 Three local films have received the support of the Barbados Investment and Development Corporation (BIDC) and will be showcased to the general public this weekend during BMEX 2018, at the Lloyd Erskine Sandiford Centre (LESC), Two Mile Hill, St. Michael.

The trio Unusual Suspects, Panama Dreams and Once Upon A Time in Ichirouganaim are all part of the BIDC’s Bimflix Festival.

The red carpet premiere of Unusual Suspects takes place on Saturday, May 19, in the Flamboyant Room at the LESC, from 5:00 p.m. An action-comedy film, it features the well-loved characters of Porgie and Murda and will run for 75 minutes.

Panama Dreams, produced by Alison Saunders and featuring popular actor Adrian Green, will be the Sunday matinee on May 20. It starts at 3:00 p.m.

On Monday, May 21, from 4:30 p.m., patrons at BMEX 2018 can visit the Flamboyant Room and watch the action movie directed by Graham Cumberbatch entitled: Once Upon A Time in Ichirouganaim.

According to BIDC’s Business Development Officer, Allan Lange, a key aim of the BMEX screening is to encourage people to support the local film sector by viewing the high-quality work produced.

He said: “We have to support local film producers, directors, actors and those behind the scenes and really build out this sector. We need to show people that we really have some quality productions which are of an international standard and which we can go out and see.

“The creative industries, film and film production are some of the areas we have to focus on to ensure the island gets that valuable foreign exchange. It is good to let them understand that you don’t have to put everything on a container and ship it. Film can easily be done here and shown locally and internationally for all to see.”

Invitations for the Bimflix Festival can be obtained from the BIDC’s Princess Alice Highway office or at BMEX one hour before showtime for a nominal fee. Patrons will additionally need access to BMEX in order to attend the festival. Tickets for BMEX are on sale online and at various ticket outlets, as well as at the LESC.

BMEX 2018 is being held under the theme: “Bajan… Fuh Real!”. The theme is intended to focus once again on the primary purpose of BMEX, which is to showcase Barbadian goods and services and the unique attractions of Barbadian artistes.

It also aims to introduce a theme which is authentic to BMEX’s organisers and their purpose for hosting the event by reflecting a popular brand promoted by the Barbados Manufacturers Association.