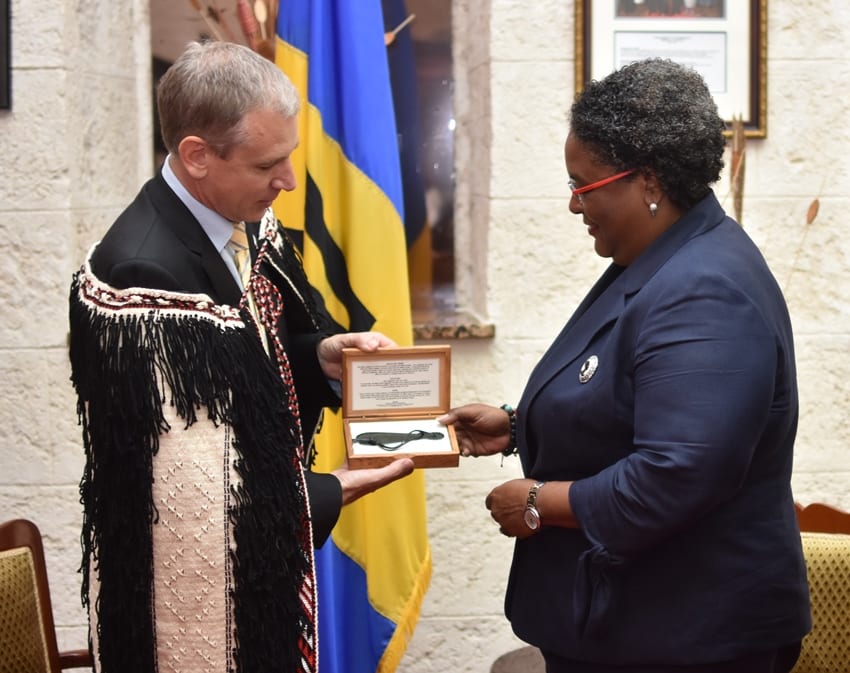 Prime Minister Mia Amor Mottley has reiterated the importance of the Blue Economy to her Government.

Ms. Mottley emphasised the significance of this area recently when New Zealand’s High Commissioner to Barbados, Anton Ojala, paid her a courtesy call at Parliament.

She told the High Commissioner that she was hoping the work being done together by both countries on the Blue Economy could be continued. “I am appreciative of the conversations so far and the tremendous work done on the blue agenda,” she stated.

The Prime Minister explained that she wanted additional training opportunities in the maritime sector created, especially in high-end areas, so Barbadians could attend the Samuel Jackman Prescod Institute of Technology to be trained in key areas.

Stating that 2018 is the International Year of the Reef, Ms. Mottley continued: “We have seen what not having coral reefs has done to us and our coastal economy,” she lamented. She disclosed that because of the importance of these matters, she would be attending the Global Climate Action Summit in California in September.

Mr. Ojala stressed that the Blue Economy was a high priority for New Zealand and gave the assurance that his office would follow up and share ideas with Barbados. He said climate change issues were of great concern to New Zealand, especially because of its interest in the Pacific Islands, which had similar concerns.