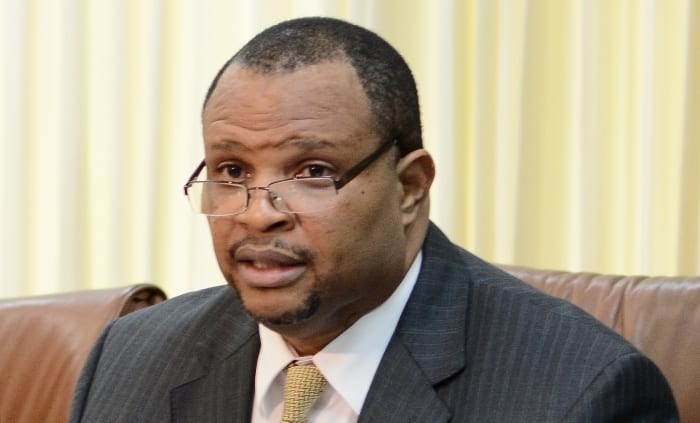 Barbados’ foreign exchange reserves will be boosted by more than $200 million, thereby pushing levels back up above 12 weeks of imports.

This disclosure came on Monday from Minister of Finance and Economic Affairs, Christopher Sinckler, as he addressed a press conference to discuss matters pertaining to the economy, at Government Headquarters.

Mr. Sinckler told the media: “I am advised that the way is clear for the first tranche of the draw down on the Sam Lord’s loan to occur any day now, as advised by the EXIM Bank of China in writing to the BTI. Similarly, all documentation to facilitate the release of the First Citizens Bank Bridging Loan for the CAF-sponsored upgrades to Customs and the Barbados Revenue Authority is settled and that too will be released in the coming days.

“And of course we all know that very soon the Fair Trading Commission will give its decision regarding the sale of the Barbados National Terminal Company Limited to SOL limited which, if positive (and I see no reason why it should not be), will clear the way for a significant injection into the country’s reserves.”

The Minister added that there were other short-term measures Government would undertake throughout 2017 to maintain those levels and sustain even greater levels going forward.

He pointed out that Government would maximise inflows from all foreign- funded public projects over the coming months. “Already, we have approved status on the CAF-funded Barbados Water Authority (BWA) Water Master Plan Project for US$30 million. We have also cleared the way for an additional $50 million from the Caribbean Development Bank, also for the BWA’s water network systems upgrade project, which will start disbursements shortly.

“Then there is the long stalled CDB Education Sector Enhancement Project (2) valued at US$35 million, the way for which has been finally cleared after many months of technical challenges,” he disclosed.

Mr. Sinckler further revealed that he had issued new guidelines to all investors/developers seeking tax waiver support for investment projects in Barbados. “Effective from this month, in order for such concessions to be given and sustained, at least one third of all foreign exchange brought on island must be sold to the Central Bank directly,” he stated.

He added that following completion of the projects, any foreign sales generated from units within those developments and for which concessions were attached, no less than 50 per cent of the sale proceeds must be brought onshore and half must be sold to the Central Bank of Barbados.

He noted that his Ministry was closely monitoring a developing situation where some local commercial banks had been approaching foreign investors with offers to utilise domestic Barbados dollars or even draw loan proceeds from domestically held foreign currency to finance their projects here.

“While the Ministry of Finance cannot tell any investor where to source their financing from or indeed prevent any domestic bank from offering their liquidity to investors, what we can do, however, is to ensure that where generous concessions are given on the basis that the country would get a net inflow of foreign exchange, that all parties honour those commitments if the benefits are to continue,” Mr. Sinckler stated.