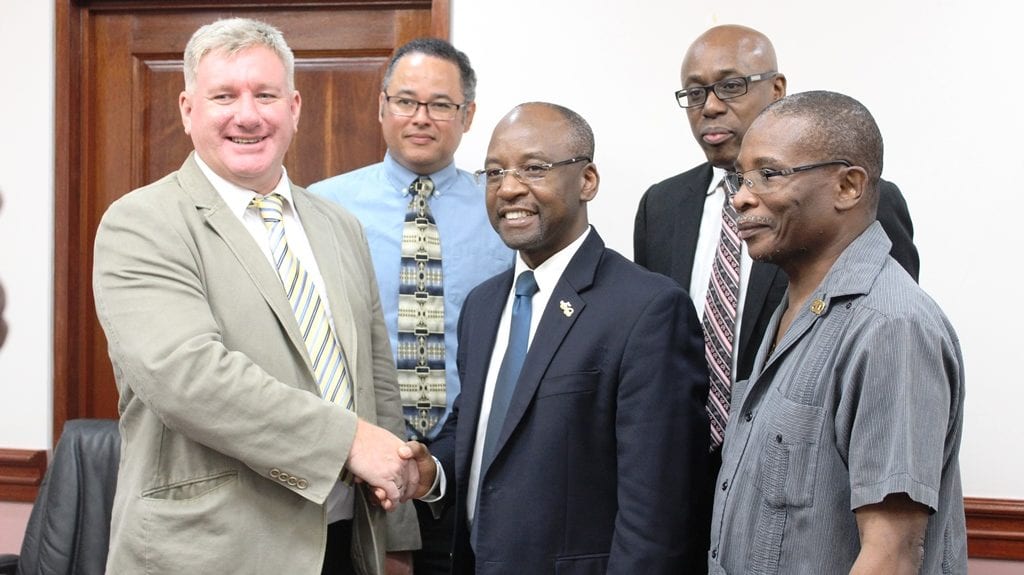 Speaking earlier today during the official signing of the agreement which took place in the Ministry’s conference room in Sky Mall, Minister Stephen Lashley, expressed his gratitude to the Canadian company.

“We’ve never had this kind of corporate collaboration in the past… It is a giant step towards assisting the Government of Barbados in relation to key elements of its sporting programme, both from a perspective of maintenance and from a perspective of development,” the Minister underscored.

Mr. Lashley said the move by Emera would go a “long way” towards moving the Ministry forward when seeking to improve the sporting facilities and the overall development of sports in Barbados. He stressed that such public/private sector partnerships need to be encouraged.

“I think it is important going forward that we see a vibrant partnership between the private sector and Government, in harnessing what is a very key resource of our country; and that is sports,” he asserted.

Concluding that “the door is wide open” for other corporate entities to assist in the development of sport in the country, the Minister remarked that, “the Government of Barbados cannot do it alone,” and so such partnerships were necessary.

“We do believe that collaboration with Government’s businesses and all Barbadians is critical to sustainable community wellness,” he said, adding that Emera will “proudly continue to partner and invest” in Barbadian communities.

Mr. Blackman then thanked the Ministry of Culture for the opportunity to “play a part” in the development of the sporting facilities in Christ Church and St. Lucy.

According to the agreement, which was signed by the Minister and Mr. Blackman, a total of $125,000 will go towards the development and maintenance of the Christ Church sporting facility, while the St. Lucy facility will be the beneficiary of the sum of $267,252.