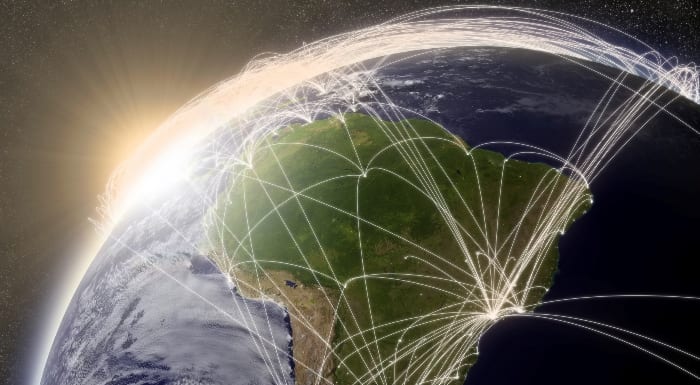 As it continues its promotional efforts in support of the international business and financial service sector, Invest Barbados recently hosted seminars and informational meetings in Mexico City, Mexico; and Bogotá, Colombia.

A 22-member public-private sector delegation, led by Minister of Industry, International Business, Commerce and Small Business Development, Donville Inniss, participated in seminars that were attended by a cadre of tax and legal professionals, business advisors, as well as potential and existing investors.

In addition to these investment promotion seminars, delegates from Barbados engaged in a number of private meetings with members of the respective business communities.

On his return to Barbados, Mr. Inniss lauded the collaborative efforts of the public and private sectors to promote this country’s international business offerings.

“Though we all should be aware of the importance of the international business and financial services sector to Barbados’ economy, we must also note that the viability of the sector relies, in part, upon the ability and willingness of Barbados to actively promote itself and seek new opportunities abroad. As such, I am proud to have led the public-private sector delegation to Latin America, the vast majority of whom were drawn from Barbados’ professional services sector,” he stated.

Acting CEO of Invest Barbados, Sandra Payne, noted that for several years, her organisation has spearheaded initiatives to diversify the sources of inward investment by targeting new and viable markets.

“Though a strong marketing programme continues to retain and grow market share from traditional markets (Canada, the United Kingdom and the United States), Invest Barbados is working to open new markets and is increasing its efforts to attract investment from Central and South American countries.”

She added that in terms of the Latin American region, the focus will be on attracting business, particularly in the areas of wealth management and international insurance.

Senior Relationship Manager and Team Leader of Scotiabank, Lana Fingall, said her organisation was pleased to be part of the Government-led delegation to Mexico City and Bogotá.

“The international business sector is an important one for Barbados, and Scotiabank is committed to the Latin American region and maintains a significant presence in Bogotá via its acquisition of Multibanca Colpatria, and through Scotiabank Mexico with hundreds of branches across the country.

“Mexico and Colombia are especially important markets for us, and we believe that there is great potential for business opportunities. It is pleasing to see the significant progress being made thanks to the marketing efforts of the Invest Barbados team,” she said.

KPMG partner, Louisa Ward, gave a positive report of the promotional tour. “The discussions held were engaging and thought-provoking and the feedback from our KPMG colleagues and clients in attendance was extremely positive. This has, even in the short term, led to a renewed engagement with Barbados, with prospective clients viewing our country as a financial services jurisdiction of choice.”

Also a part of the delegation was Total Asset Management Services Ltd, whose Managing Director, Eveliny Arnal-Forde, commented: “I was extremely pleased to be a part of Government’s delegation. From my interaction with some of the attendees, I felt that the mission was a resounding success, and could see that the services sector holds a large potential for investment growth in Barbados.”

Analysis of the international business sector has shown that its growth benefits all Barbadians; increases employment and skills enhancement; broadens the corporate tax base; attracts higher levels of foreign exchange and progressively diversifies the economy.

As Government reaffirms its commitment to strengthening Barbados’ international business and financial services sector, it is cognisant that this country’s success will depend largely on its ability to compete effectively in a highly inter-connected global economy. Efforts in this regard will require the combined efforts of Government and the private sector.