Build A Relationship With Your Children 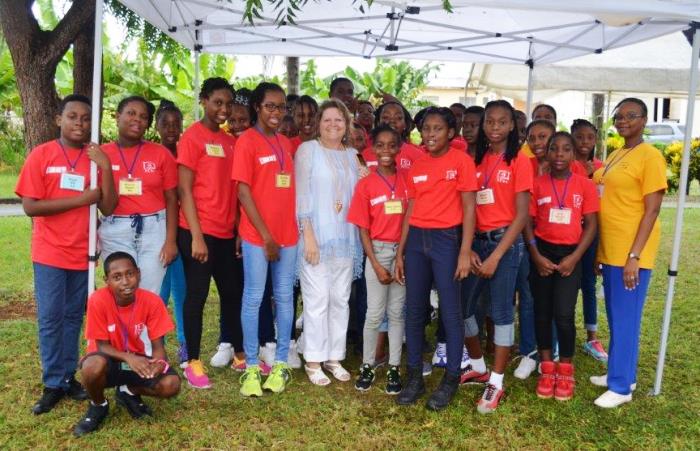 Parents are being encouraged to build better relationships with their children and establish ground rules in an effort to stave off rebellious behaviour and create a safer society.

That’s the advice of Manager of the National Council on Substance Abuse (NCSA), Betty Hunte, to the parents of graduates of Project S.O.F.T. (Safeguarding Our Future Today) 2016 held recently at the Marian Retreat House, Verdun House, St. John.

At the same time she is urging them not to be “so caught up” being their child’s friend that the relationship has no rules.

“If there are no expectations on behaviour and action, we may be inclined to do whatever we want. Rules help to ensure that anarchy is not possible,” she pointed out, while noting that rules without relationship equalled rebellion.

Noting that she was not usually one to jump on the “blame the parent” bandwagon, Ms. Hunte stressed that adults were sometimes guilty of implicitly condoning the very behaviour they castigated.

“You have seen stories and heard anecdotes of parents who are half-dressed, out partying with their teenagers until the early hours of the morning…doing the ‘630’ until 6:30 [a.m.], and then you want to tell that same child to get home by 3:30 [p.m.] after school… It cannot work,” she emphasised.

She cautioned that such situations created confusion in the minds of young people, who learnt to disrespect rules and authority, resulting in them rebelling and creating social disorder. “We don’t have to place each and every social problem within the context of drug misuse,” she pointed out.

The NCSA Manager told parents it was their duty to secure a positive parent-child relationship which provided the foundation for their child’s learning.

“It is your duty to teach and model respect. It is your duty to provide children with opportunities to learn responsibility. This contributes to their basic coping and problem-solving abilities, and future capacity for positive relationships,” Ms. Hunte said.

She explained that through these interactions, the young people learnt skills they needed to engage with others and to succeed in different environments.

Ms. Hunte further encouraged parents to attend the NCSA’s follow up sessions to learn more about how they can help their children transition into secondary school. She also encouraged them to use the agency’s counselling service when needed.