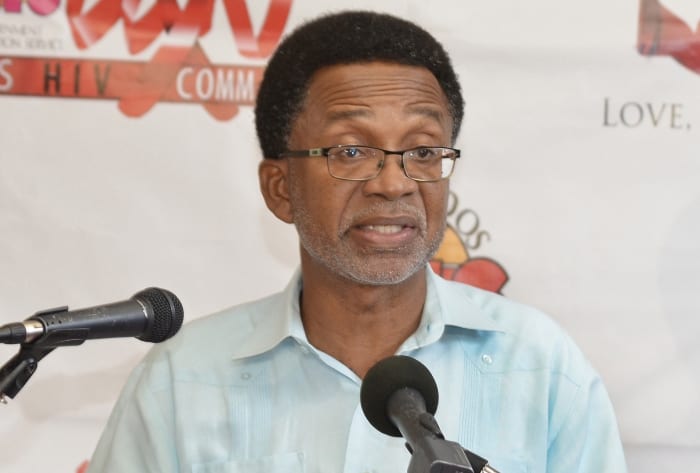 Deputy Chief Information Officer at the Barbados Government Information Service (BGIS), Ian Inniss, is calling on individuals and businesses to join his department in the fight against HIV and AIDS and sexually transmitted infections.

Speaking at the recent launch of the 7th annual Love, Poetry and Song benefit concert, Mr. Inniss extended an invitation to the private sector and others in the public sector to “join the Barbados Government Information Service in hosting Love, Poetry and Song 2018, in whatever way possible”. “Your contributions and involvement, we assure you, are welcomed, and will be of benefit to your organisation,” he added.

The Deputy Chief announced that the BGIS would once again be partnering with the Barbados Defence Force in staging the concert. While lauding many of the artistes who participated in the show over the years, he announced that the 2018 lineup would include Daniel Lashley, Wesley Morris, John Yarde, Akeem Chandler Prescod, Daveny Ellis, DJ Simmons, Empress Zingha, Gigi Farier, Anderson Blood Armstrong, Mikey, Adrian Clarke, Red Plastic Bag and Biggie Irie.

Manager of the HIV Food Bank, Stacia Whittaker, whose Department is the sole beneficiary of all proceeds from the concert said that the HIV Food Bank was excited yet again, to be part of the annual event.

“It not only showcases the talent of local artistes but dares to include messages of love, respect, and empowerment wrapped up in songs of various genres, acts and poetry that leaves one profoundly moved by the level of talent and dedication to a cause such as this,” she stated.

Ms. Whittaker thanked the BGIS and its HIV Education Committee for continuing to host the show, and noted that the Love, Poetry and Song promotions have also encouraged individuals, businesses and organisations “to inquire about starting a food drive or fundraiser of their own towards making their contributions as well”.

Tickets for Love, Poetry and Song 2018 will go on sale at box offices later this month.