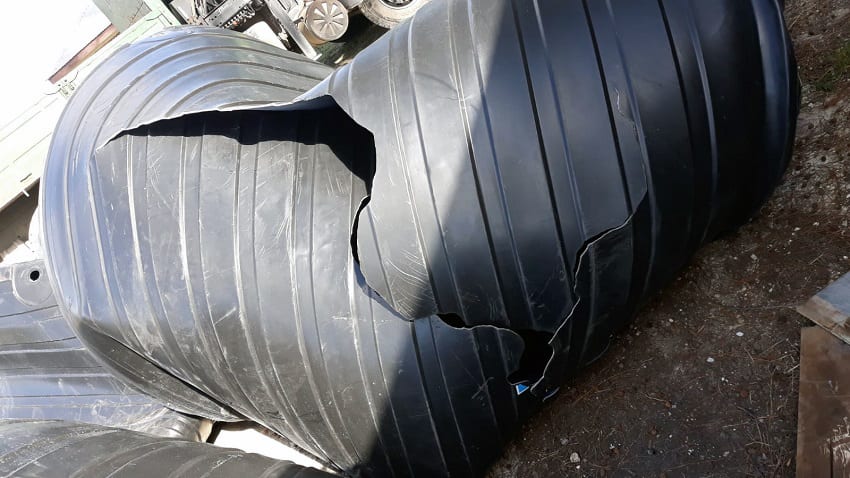 The Barbados Water Authority (BWA) is currently investigating damages to two of its community tanks.

On Tuesday, January 8, the BWA received reports that two of its community tanks (one in St. Joseph and the other in St. John) have been seen lying on the ground.

The tanks have been removed from the locations and investigations are being conducted into the circumstances that would have led to the tanks being found in this position.

A full assessment of the damage is being carried out as there is evidence of vandalism to both tanks.  Approximately 950 gallons of water were lost per tank. The Authority notes that both of these tanks were next to two Innotech tanks which were not damaged.

The Authority will be engaging the services of the Royal Barbados Police Force to investigate the matter.

It is determined to have these tanks replaced by close of business today, Wednesday, January 9, so that customers who rely on them will not be without access to water for any prolonged period.

The Barbados Water Authority remains committed to assisting its customers in all areas who may be affected by intermittent outages.