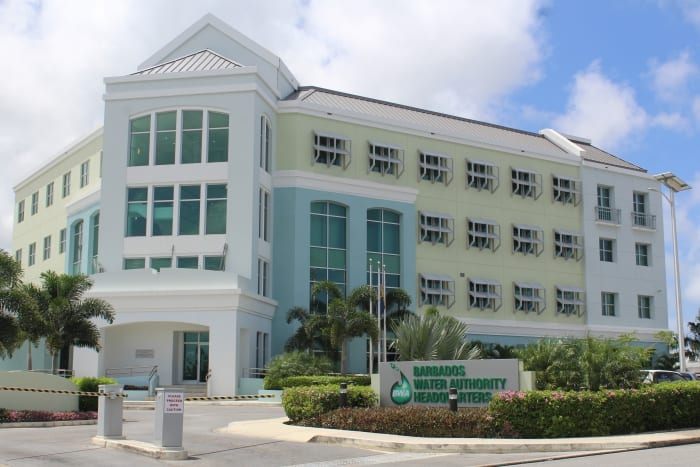 The headquarters of the Barbados Water Authority (BWA). (FP)

The Barbados Water Authority (BWA) is projected to save thousands of dollars, and become climate change resilient, through two renewable energy initiatives, funded to the tune of US$3.5 million dollars, under the United Arab Emirates (UAE) Caribbean Renewable Energy Fund.

That is according to Project Engineer at the BWA, Nathan Hart, who delivered a presentation recently at the launch of the BWA-UAE Renewable Energy Project at the BWA’s headquarters at Pine Commercial Estate, St. Michael.

One initiative will see a 500 kilowatt ground-mounted solar photovoltaic (PV) system being constructed at the Bowmanston Pumping Station in St. John, which serves 20,000 customers in rural Barbados.

Mr. Hart expressed optimism that the BWA’s energy bill of BDS$1.8 million per month will be further reduced with the installation of this system, as the Authority has already seen a dip in the energy bills of the buildings already outfitted with solar photovoltaic technology.

“This project will reduce energy consumption of the [Bowmanston Pumping] station by at least 20 per cent, and it will result in a yearly saving or reduction of operational cost by at least BDS $500,000, while improving the efficiency of the operation to our customers,” he stated.

A key feature of the Bowmanston upgrade will be a battery storage component, which Mr. Hart explained is aimed at keeping the station operational in the event of a hurricane or another situation which has caused a power outage.

“We will also incorporate in these projects a design for battery storage, thereby increasing further energy reduction by 40 per cent and, as mentioned, if the grid is down, we will still be able to pump water to our citizens,” he noted.

In addition, plans are on the cards for a charging facility for electric vehicles. The 500 kilowatt solar carport, to be located at Lakes Folly, Bridgetown, is expected to charge a minimum of 12 vehicles. 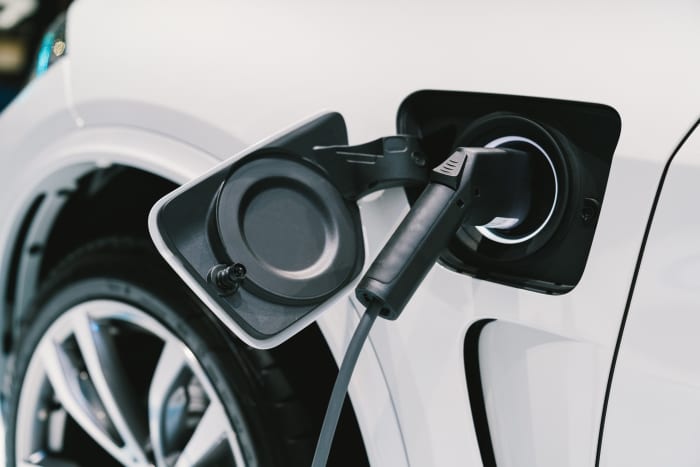 A solar powered charging facility for electric cars is also being planned for Lakes Folly in Bridgetown. (Stock Photo)

“The energy harvested will be used to reduce the operational cost at the Bridgetown Sewage Treatment Plant by at least BDS$400,000 to $500,000, and we want the ability to generate revenue via paid parking.”

As he wrapped up his presentation, the BWA official described the project as a “recipe for success”, and praised Minister of Agriculture, Food, Fisheries and Water Resource Management, Dr. David Estwick, and the management and staff of the Barbados Water Authority for their work to date.

Also addressing the BWA-UAE project launch was the Assistant Manager, Special Projects at Masdar, John Robert Caruso. Masdar is the Middle East’s largest exporter of renewable energy, and is based in Abu Dhabi in the United Arab Emirates.

Mr. Caruso told the attendees that Barbados’ renewable energy sector had great potential, noting it was a “foundation for general sustainable development”. He was also hopeful the joint collaboration of the BWA and the United Arab Emirates would help stakeholders to fully grasp the reasoning behind alternative energy solutions. 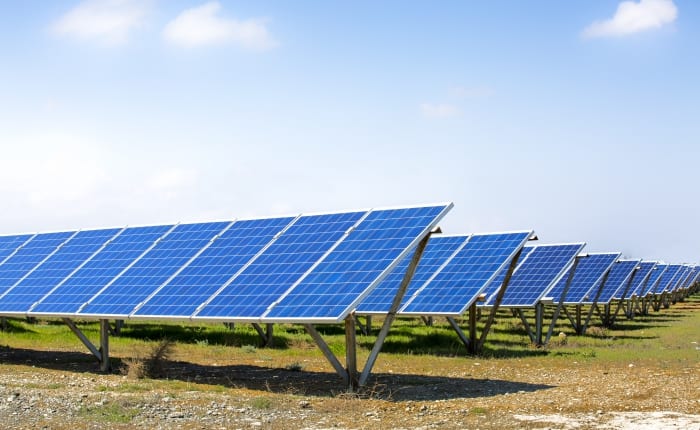 “This joint project with the Barbados Water Authority, with a mix of solar rays and electric vehicle chargers, is designed to directly free up expenditure on diesel for other purposes…. It also supports [the] push in clean transportation with the electrical vehicle chargers.

“Barbados has strong business potential as it relates to renewable energy … its combination of high diesel costs and pioneering regulation position the market for rapid commercialisation,” Mr. Caruso added.

Meanwhile, Chairman of the BWA, Dr. Atlee Brathwaite, re-emphasised the need for the utility provider to become less dependent on fossil fuel to power its daily operations, while noting it was one of the island’s largest consumers of electricity.

In fact, he revealed the statutory corporation has suffered “negative cash flow” due to its high energy bill.

“Despite the reduction [in the price] in barrels of oil globally, Barbados Water Authority continues to have electric costs of around BDS$1.5 to $2 million per month, and this accounts for about five to eight per cent of the power company’s daily demand of approximately four to six megawatts of power per day,” Dr. Brathwaite pointed out.

The BWA Chairman also underscored the importance of grant funding as a means of ensuring the Authority had the capacity to buildout existing solar PV projects; as well as work on new ones.