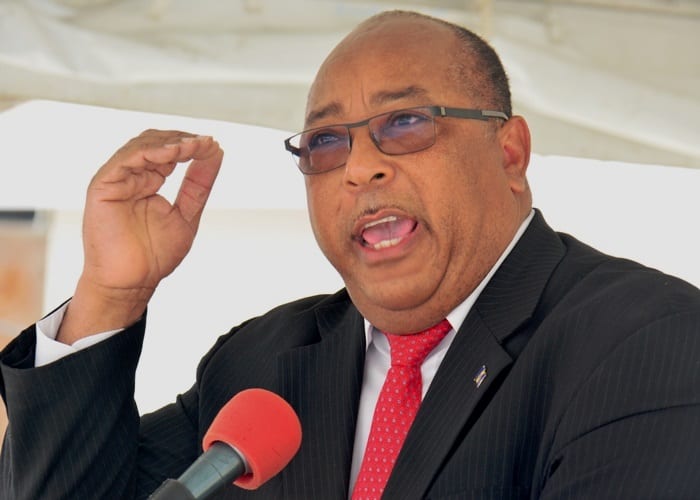 The Barbados Water Authority’s (BWA) thrust towards renewable energy is a key element of its transformation, as it seeks to further enhance its overall operations and service to customers.

That was the view expressed by Minister of Agriculture, Food, Fisheries and Water Resource Management, Dr. David Estwick, as he addressed the recent launch of the BWA/United Arab Emirates renewable energy project, held at the BWA’s Pine Commercial Estate headquarters.

Pointing to the variation in oil prices on the world market, Dr. Estwick stressed that it was necessary for the BWA to embrace and explore the use of solar photovoltaic systems. They have been so far installed at their facilities at Golden Ridge, Carlton and Bridgetown.

“The direction to mitigate the impact of fossil fuel price fluctuations on the institution would have been started by management, and it was the right direction to go in, because our prices for fossil fuels and our electricity costs will fluctuate between $20 and $36 million (BDS),” he explained.

Endorsing the initiative, Dr. Estwick re-emphasised that the objectives went beyond cutting energy costs; but aim to ensure that the BWA had an alternative power source.

Although the focus was on renewable energy, Dr. Estwick took the opportunity to highlight a number of areas in which the utility company has enhanced aspects of its operations. These included improving its information technology infrastructure, as well as the work done under the water and sanitation upgrades project.