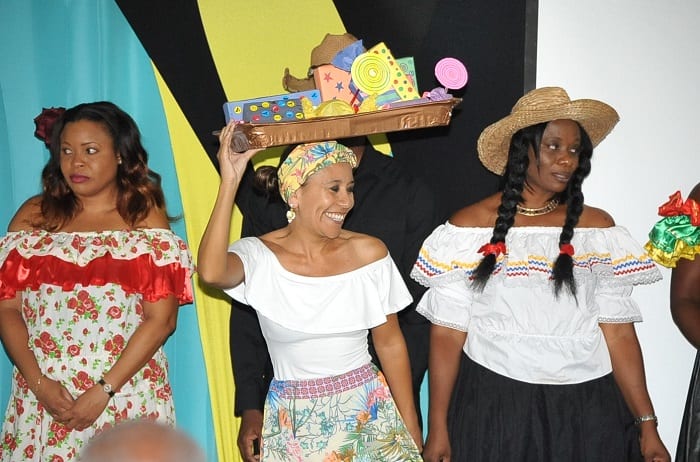 The time has come for every student to have a working knowledge of Spanish, says Acting Minister of Foreign Affairs and Foreign Trade, Senator Dr. Esther Byer Suckoo.

She shared this view while speaking at the graduation ceremony for the second edition of the Spanish Language Programme for public servants, provided by the Government of Colombia. It was held at the Horatio Cooke Complex, Dalkeith Road, St. Michael.

“As Barbados looks to our Latin American neighbours, and, I dare say, as they look toward the Caribbean, to tap in to the potential for trade and tourism, fluency in Spanish is paramount,” Dr. Byer Suckoo explained.

She added that as emphasis was placed on lifelong learning, Spanish and Information Technology should be at the top of the list, as they were basic requirements today.

The Senator lauded those responsible for conceptualising and implementing the programme, and said it was up to past and present graduates to encourage those around them to follow in their footsteps.

“Demonstrate to your colleagues the advantages; encourage them, and continue to use your skills regularly. You know they say, ‘if you don’t use it, you lose it’. And encourage family members too! That way we can truly be on our way to adopting Spanish as a second language,” she urged.

Dr. Byer Suckoo stated that the training programme was one of the many areas of cooperation in the “longstanding and amicable relationship” between  Barbados and Colombia.

“The Government of Colombia has continued to demonstrate a commitment to strengthening relations with Barbados since our two countries established diplomatic relations in January 1972, and has extended technical assistance on a range of our national endeavours,” she shared, making reference to that country’s assistance with the development of cassava production here, as well as the launch of direct flights between Bogota and Bridgetown.

Following the success of the first and second editions of the Spanish training programme, which yielded about 100 graduates, the Acting Minister disclosed that there would be a third edition, and that a similar programme was on the way for Colombia.

“We hope to achieve a reciprocal exchange between our two countries whereby Barbados is positioned to offer similar training to public servants in Colombia, in English. It is my understanding that while the Government prepares to make that step, the University of the West Indies, Cave Hill Campus, expects to receive a group of Colombian tourism professionals this year who will participate in their English programme,” Senator Byer Suckoo revealed.