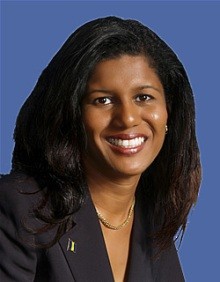 The National Union of Public Workers (NUPW) has misunderstood the outcome of the recent negotiations meeting between its members and the Sanitation Service Authority (SSA) management, chaired by the Minister of Labour.

Minister of Labour, Senator Dr. Esther Byer Suckoo, made this statement, after it was incorrectly stated today by General Secretary of the NUPW, Rosalind Smith, that the workers at the centre of the negotiations would be paid.

Minister Byer Suckoo clarified: “On Tuesday, February 14, I met with the NUPW and the management of the Sanitation Service Authority (SSA). The matter was escalated to me because the NUPW was claiming that workers, who worked during the period in question, had their pay docked for participation in a strike. However, the SSA management claimed that every worker who was at work during that period was paid.

“The matter was referred to me because in previous meetings it was not possible to verify whether those who were not paid had indeed worked as the information was not forthcoming.”

The Labour Minister stated that the agreement reached on February 14 “was that there would be sharing of certain information by both sides, which would be examined to verify whether there were any workers who did work during that period in 2015, who were not paid”. As such, the Minister remains adamant that the agreement purported in the media was not made.

“Where it is substantiated by the time sheet, supervisors’ logs, attendance records, punch card, etc., that a worker did indeed work and was not paid, that person, in accordance with the law, will be paid,” she said.

Minister Byer Suckoo further stated that the purpose of the meeting was for those involved to be able to have access to information to attempt to verify the claim of the NUPW and it was agreed that there would be sharing of relevant information by both sides.