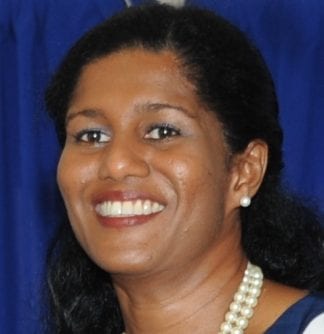 A workforce that is healthier and more capable of fulfilling its role can improve wellness and productivity on a national level.

Minister of Labour, Senator Dr. Esther Byer Suckoo, expressed this view recently, while delivering remarks on the second day of the annual Week of Excellence Programme, at the Barbados Workers’ Union (BWU) Headquarters.

Speaking under the theme: Improving Public Sector Productivity – Awareness, Initiative and Actioning, Dr. Byer Suckoo said that introducing wellness in the workplace was an ideal concept, due to the substantial role of work in our day-to- day lives.

“I certainly endorse the concept of catching people where there are, and I believe that in the workplace, you have a captive audience. It’s where we spend half of our waking hours and for some of us even more…

“So, if we want to change behaviours…the workplace is the obvious place to get most of our workers…and inculcate change…,” the Minister stated.

While noting that a wellness-driven workplace created an “enabling environment” for persons seeking to live healthier lifestyles, Senator Byer Suckoo outlined that the support and comradery of co-workers could go a long way in advancing such goals.

“The workplace is where we have persons of similar persuasion…and therefore that peer pressure to do the right thing when you embark on a programme of not smoking, drinking, or exercising more and bringing healthy lunch to work…makes it a little easier…

“Then with others who are similar to you doing the same type of work and with the same level of commitment, they can inspire you to get up and do the same thing,” she maintained.

The Labour Minister added that the National Wellness Policy could play a pivotal role at this time, due to the “scale” of problems which currently stem from non-communicable diseases.

As such, she stressed that this phenomenon demanded a national response, as it directly impacted the country’s health care bill, national insurance spending, sickness benefits, productivity and Gross Domestic Product, as well as the quality of life of citizens and their families.