Cabinet To Be Sworn In Tomorrow 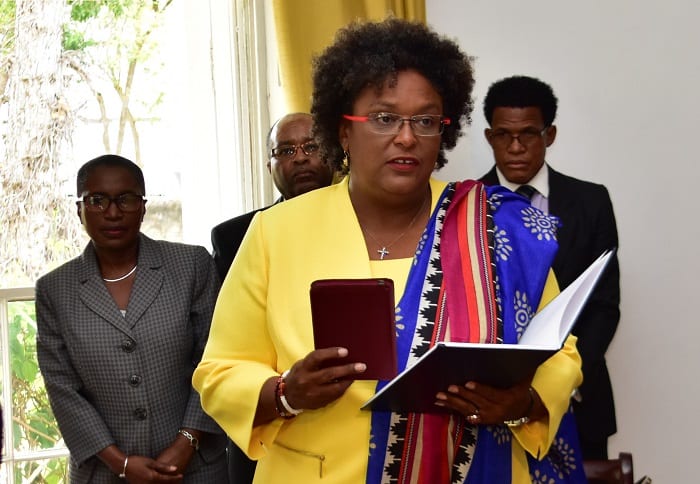 A public swearing-in ceremony for the new Cabinet of Barbados will be held tomorrow, Sunday, May 27, at the Bay Street Esplanade, Bay Street, St. Michael, beginning at 4.00 p.m.

Following the arrival of Prime Minister, Mia Amor Mottley, and Attorney General and Minister of Legal Affairs, Dale Marshall, the new members of the Cabinet and Parliamentary Secretaries will be sworn in by Governor General, Dame Sandra Mason.

Presiding Bishop of the Barbados District of the Pentecostal Assemblies of the West Indies, Reverend Gerry Seale, will deliver the invocation at the approximately two hour-long event. Musician Nicholas Brancker will perform Amazing Grace on keyboard, while Paula Hinds will render His Eye Is on the Sparrow.

Prime Minister Mottley will also deliver an address at the ceremony, which will be carried live on radio and television.