Cabinet To Give Final Decision On Mergers Soon 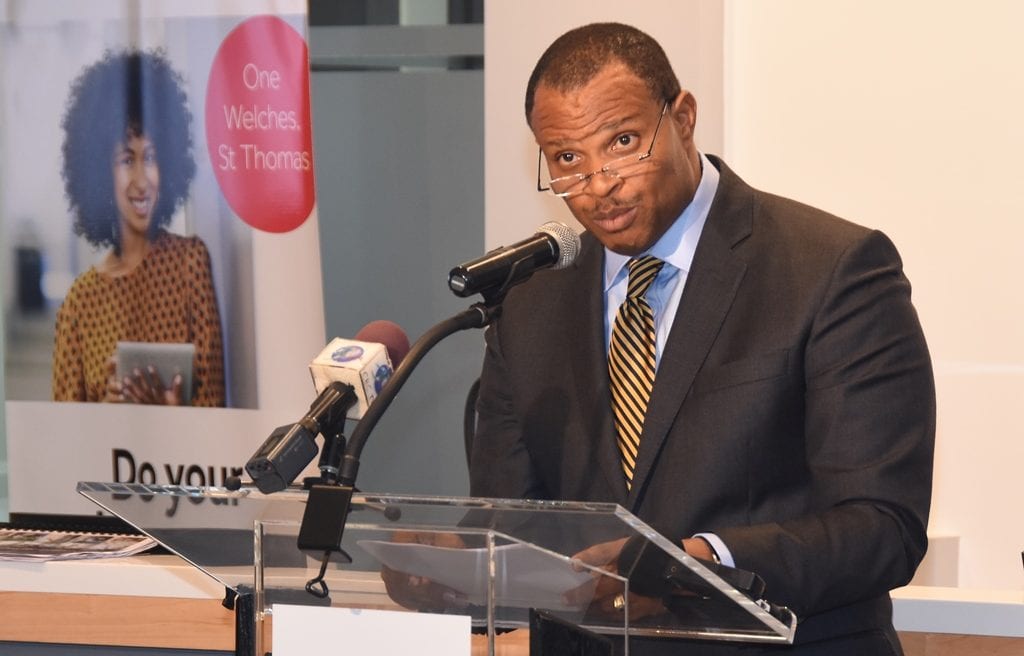 Minister of Finance, Christopher Sinckler addressing the launch of the Regus Business Centre, at One Welches, St. Thomas today. (C.Pitt/BGIS)

Cabinet could soon make its final decision on the proposed mergers involving the National Housing Corporation, as well as those involving several other organisations across the system such as tourism, sports and those responsible for the social goods delivery.

That’s the word from Minister of Finance, Christopher Sinckler, who today told reporters that Cabinet was presently reviewing the proposals of the committee established to examine the issue, and a decision would be made “very, very shortly”.

He was at the time addressing them following the launch of the Regus Business Centre, at One Welches, St. Thomas.

“The unions, staff and all the people who will be affected by whatever decision is made will be consulted fully,” he said, while giving the assurance that Government was not “rushing to dismember the organisations and scatter people all over the place. That’s not what the exercise is about”.

Mr. Sinckler noted that each entity provided a critical public service, and the main reason for their establishment and who they were created to serve must be borne in mind.

Noting that the restructuring process was important, the Finance Minister stressed that it was not an exercise in retrenchment, but about building efficiencies and looking at the organisations to see what their current financial situation was and how they could be improved.

That, he said, involved organisations getting their financial reporting up to date and identifying synergies across entities that were similar and had similar types of mandates to avoid duplication of efforts and expenditure.

“It is not an easy exercise because many of these organisations have developed their own organisational culture over many years, they have separate staff establishments, some of them have different rules of operation and legally they are all established by Acts of Parliament which are not identical even though they may have a general frame,” he said, noting all these facts had to be taken into consideration in the decision making process.

However, Mr. Sinckler drew reference to mergers and restructuring exercises which were completed such as that involving the Barbados Tourism Authority. He pointed out that there were now two entities dedicated to two separate functions, and there was a happy conclusion.

“We have other entities that we can look at, and we can get better out of them; we can get more out of them. This restructuring process is important,” the Minister emphasised, noting that companies needed to bring their audit and financial reports up-to-date and ensure that their strategic plans were current.

He explained that the time had come when the public had to be engaged in a different way as people were more demanding, their tastes more sophisticated, but the resources were limited.

“The ultimate objective is how you can satisfy…the demands of the public for a better and a higher quality of service and more efficiently delivered. That is really where it is at,” he stated.