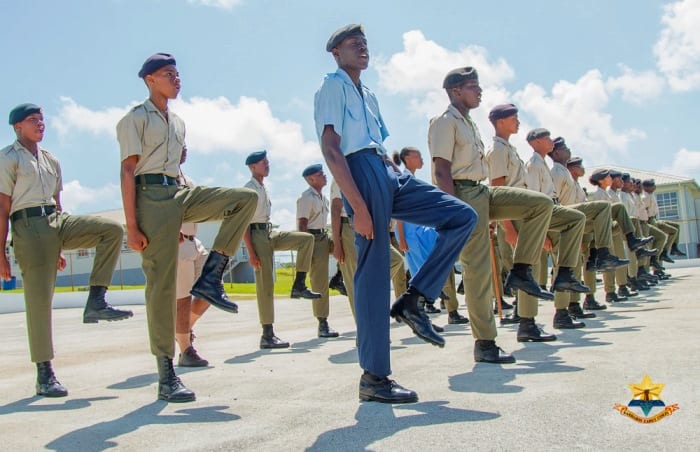 Cadets attending the Sea Cadet Camp at Queen’s College have been advised that they must report directly to that St. James-based institution no later than 8:00 a.m., on Sunday, July 16.

In addition, those cadets attending the Star 3 Camp at the Frank Walcott Labour College, Mangrove, St Philip, are to report there no later than 8:00 a.m. on Sunday, July 16.

However, cadets attending Star 1 Alpha and Star 4 camps at Paragon must report to the Barbados Defence Force Headquarters, St Ann’s Fort, Garrison, St. Michael, no later than 7:30 a.m. on the above date, where they will be transported to that camp site. They are not to go directly to the Paragon site.

At the close of camp on Saturday, July 22, cadets from Star 1 Alpha and Star 4 will be returned to St Ann’s Fort, where they should be collected at 5:00 p.m., by parents or guardians.

Cadets at Queen’s College and the Frank Walcott Labour College will be dismissed on Saturday, July 22 at 5:00 p.m., after the closing parade.

Queries may be directed to the Barbados Cadet Corps Headquarters at 536-2000.