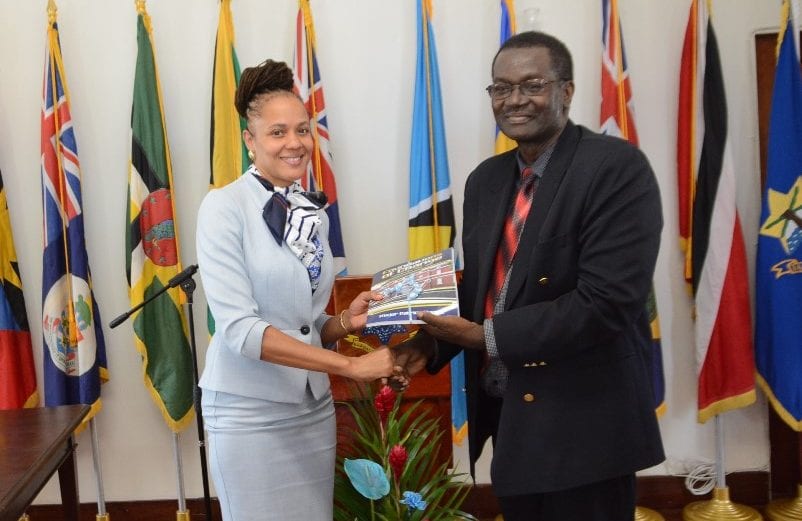 Minister of Education, Santia Bradshaw, is presented with a copy of Foundations of Change – Cadet Memoirs 1970-1979 by author Major Patrick Skeete during the opening ceremony. (GP)

The discipline and excellence displayed by the Barbados Cadet Corps (BCC) should be replicated throughout the educational system.

Minister of Education, Technological and Vocational Training, Santia Bradshaw, emphasised this point this morning as she delivered the keynote address at the opening ceremony of the 31st Caribbean Commandants’ Conference at the Headquarters of the Barbados Defence Force, St. Ann’s Fort, Garrison, St. Michael.

The Conference is held at the end of the annual Caribbean Cadet Camp, which is taking place in Barbados this year from August 4 to 18. Approximately 900 cadets from Barbados, Antigua and Barbuda, Cayman Islands, Jamaica, Dominica, Montserrat, St. Lucia, St. Vincent and the Grenadines, Trinidad and Tobago and the Turks & Caicos Islands are participating. It is being held under the theme: Learning Today, For Tomorrow’s Success.

While praising the commitment of the commandants in developing the youth throughout the region, Minister Bradshaw said the work of the Barbados Cadet Corps should be enshrined as “a way of life” within the educational system.

“The young people who we train as cadets today are the leaders of tomorrow… Many cadets over the years have earned scholarships and excelled in various academic pursuits. This could only have been achieved through time management and commitment. They continue to develop into well-rounded citizens and serve their nations in various disciplines. And, in this regard, each cadet must be taught how to leverage their academic and extra-curricular activities, always striking a balance,” she stated.

She added that those secondary school students who became cadets developed strength of character and were better prepared to face challenges and resolve conflict in a peaceful manner.

To this end, the Minister said she fully endorsed the BCC and encouraged all students to join a youth organisation whether it is the Cadet Corps, the Girl Guides Association, the Boys’ Scouts Association of Barbados or an Inter-School Christian Fellowship “since young people who become involved in these organisations are less likely to perform negative acts”. 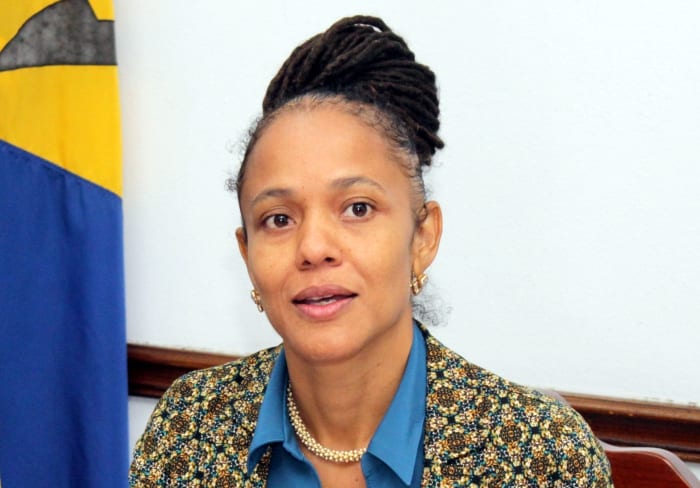 Ms. Bradshaw also urged businesses to throw their support behind the programmes of the Cadet Corps instead of just paying lip service to the good work that it was doing.

“As a representative of a constituency where I see many young people falling through the cracks, I do believe that the discipline and the well-balanced individuals that I see coming out of the cadet corps is something that certainly must be encouraged across the educational system. It is something that we also have to pause and not only encourage corporate Barbados but we must now engage the financial sector. And certainly, the Ministry of Finance is looking to find ways to see how our respective tax incentives can so be deployed to encourage people to sponsor these programmes across the educational system,” she said.

The Education Minister implored the commandants to engage the cadets and staff from their respective countries, who are currently in Barbados, during the conference to get their input on matters related to training, administration and logistical support.

She told them that their commitment was crucial to developing “positive characteristics amongst our youth” and the fact that ‘cadetting’ across the region continued to be vibrant, attracting a large membership, was a strong indication that the future of the region was in good hands.

During the Caribbean Cadet Camp, cadets sharpened their skills in the areas of foot drill, map reading, adventurous training, and musicianship among others. Later this year, from November 3 to16, a team of cadets from Barbados will represent the Caribbean region as they join the Army Cadet Force in the United Kingdom for the staging of a reenactment of the end of World War I.

Ms. Bradshaw also encouraged corporate Barbados to support this training experience since it would be “extremely costly”.