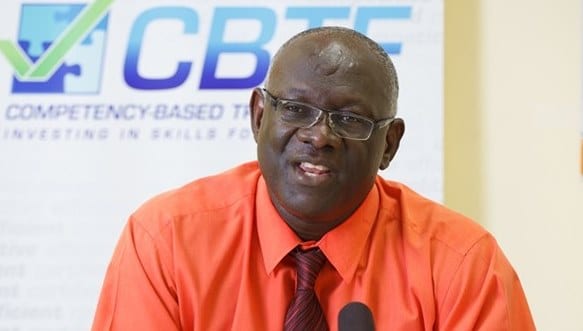 The fourth cycle in the competitive process for grant funding from the Competency-Based Training Fund (CBTF) has been launched, and with it comes a call for more public sector involvement.

The appeal came following an information workshop on June 15 at the Savannah Hotel, Hastings, which was attended by over 60 participants, and was aimed at better preparing applicants.

Consultant Manager of the CBTF, K. Anderson Lowe, while noting this fourth cycle was still open to all training providers and businesses in Barbados stated: “However, as the programme was initially designed for TVET (technical and vocational education and training) institutions, there was a recognition that the government/public institutions did not participate fully in the three prior cycles.

“So, this particular cycle was put on so that they could have another chance at participating in the fund… We are providing some additional resources to those institutions so they can get their proposals in and on time and be successful – hopefully under this round. It is not restricted to them; it is open to all companies.”

Mr. Lowe explained that under the previous cycles, several areas, including the creative industries, hotel, tourism and soft skills, had been covered. Commenting on the range of submissions that also included renewable energy, computers, and health care, he said: “We did have some proposals earlier for the automotive [area] but they were not successful; we imagine that those would be improved and we would see some of those again.

“We had some from the shipping/maritime areas; is not restricted to any particular areas. Whatever the industry demands, as it is a demand system… whatever the economy demands; whatever private industry thinks they need, we are willing to support their initiatives once they are quality proposals.”

The Manager added that though the Fund was looking for new and innovative areas in this cycle, the overarching consideration was the quality of the proposal in terms of what the partners could achieve. He said it was hoped that public organisations, which generally produce technical skills, would bring these to the fore under this cycle.

The deadline to apply to this competitive Fourth Cycle is Friday, July 29. Where previously the fund had awarded $800,000, it will now be granting only $500,000 to partnerships. In explaining this change, Mr. Lowe stressed that the CBTF had found that in terms of a TVET system, where training is restricted to small numbers, it was a challenge finding 300 persons to train in Barbados.

“[This] would give you about 80 to 100 persons to be trained at the most. I think for a proposal of this nature, with competency-based training and TVET education, that is a manageable amount,” he surmised.

The CBTF is an initiative of the Government of Barbados and the Inter-American Development Bank (IDB) under the Skills For the Future Program. Its key aim is to improve the quality and relevance of post-secondary education in Barbados through its establishment.

According to Mr. Lowe, this pilot project seeks to form partnerships between the private sector and the training providers in order to provide that quality education that is relevant to the economy, workers and institutions of Barbados.