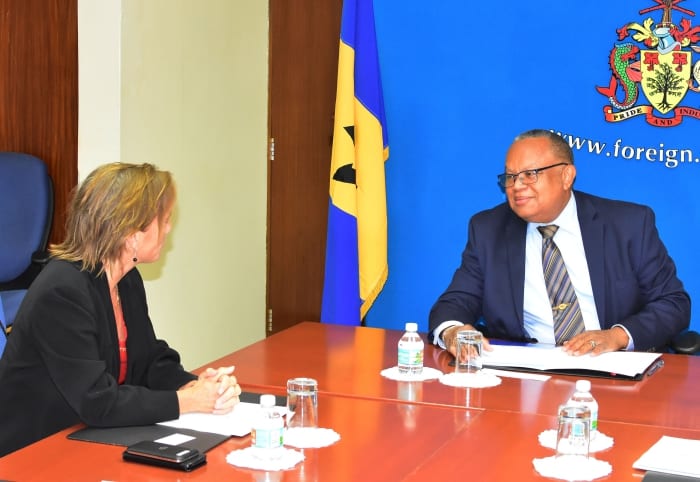 Minister of Foreign Affairs and Foreign Trade, Senator Dr. Jerome Walcott and High Commissioner of Canada to Barbados, Marie Legault, in discussion during a recent courtesy call at the Ministry of Foreign Affairs. (C.Pitt/BGIS)

Senator Walcott underscored Barbados’ long-standing relationship with Canada and assured the High Commissioner that Government would continue to collaborate strategically to strengthen the relationship. He identified the areas of trade and international business as avenues for further cooperation.

Other discussion topics included the Barbados/Canada Double Taxation Agreement and the Blue Economy.